Are You a Groundbreaking Publisher? 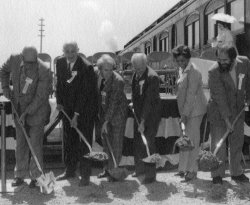 Throughout the 30 years of this publication's existance, our mission has been "to recognize and encourage the work of publishers who exhibit the courage and creativity necessary to take chances, break new ground and bring about change, not only to the world of publishing, but to our society, our environment, and our collective spirit."

Independent publishers set themselves apart from the corporate publishing world of mergers, multi-media conglomeration, and profitability as the bottom line, by dedicating themselves to higher values such as serving community, improved understanding between cultures, and breakthrough writing and publishing techniques.

We dedicate our Groundbreaking Indie Publisher feature to publishers that demonstrate this "groundbreaking" spirit and style, and spotlight a new publisher each month. If you're such a publisher -- or work with, or know of a publisher who deserves this spotlight, contact Jim Barnes, Editor, at editor@independentpublisher.com

Catch up with some of our recent featured publishers

We have been featuring publishers from around the country and beyond who are innovators of their craft with a strong passion for the industry that drives their unique missions and goals. The companies that we have featured at IP have pioneered all different parts of the industry, from printing their own books to leading the creation of electronic books.

A wide variety of contributors to the industry have made their way into our column of Indie Groundbreaking Publishers in the past. As this New Year begins, we are looking back on the publishers that we have featured in the past and applaud them for their continued success.

Papadakis Publisher, featured by our editor Jim Barnes, is a publishing house passed down from Founder Andreas Papadakis to his daughter, Alexandra. Papadakis is a family-owned, UK-based indie publisher. When Papadakis was featured in IP, Alexandra expressed excitement about the upcoming title Tea Time, which has since been released. The title is complete with photographs from a renowned food photographer, Jean Cazals, and explores London’s tea hotspots. More on Tea Time is available on their website. 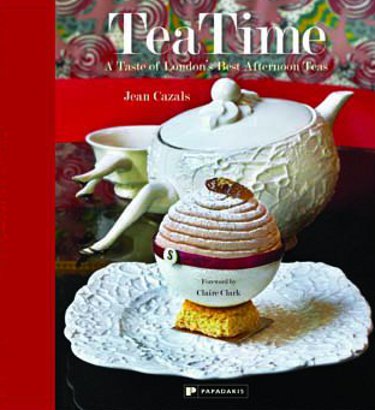 The Hat Book, by Papadakis, along with Giant Silkmoths: Colour, Mimicry and Camouflage, have both received IPPY awards this year. The titles won gold in Gift/Specialty and bronze in Environment/Ecology/Nature categories respectively. Papadakis updates their website regularly, highlighting its many accolades. We congratulate them on their continued success.

Yet another of our indie groundbreaking publishers, Goosebottom Books, featured by Jillian Bergsma, was awarded IPPYs this year. Looking to empower and stealthily educate young girls, Goosebottom Books published titles with female role models and strong women throughout history, and was recently awarded yet again for their contributions.

The Thinking Girls’s Treasury of Dastardly Dames, edited by Shirin Yim Bridges, was awarded a silver IPPY in the Multicultural N-F Juvenile-Teen-YA category this year. This series features strikingly independent princesses throughout history, and is emblematic of Goosebottom Books’ mission.

A more recent feature, The Porcupine’s Quill (PQL), is a publisher that has been publishing, printing, and binding their own books since 1974. Eight of their titles have won awards this year, including Dancing with Mirrors, by George Amabile, which was named the McNally Robinson Book of the Year and won a F. G. Bressani Prize for poetry. Several of their other titles were named ForeWord Magazine Books of the Year. Their upcoming events include poetry readings and appearances at art galleries and festivals.

Sourcebooks, Inc. is another recent IP feature, a creation of booming CEO Dominique Raccah. The company was recently awarded for Reporting the Revolutionary War: Before It Was History, It Was News, by Todd Andrlik. This title was named to Barnes and Noble’s 2012 Best Books of the Year. Fifteen of their titles have made The New York Times and USA Today bestseller lists this year alone. 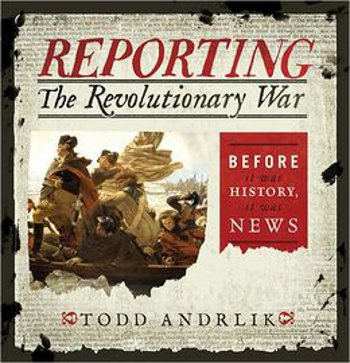 Be sure to check back with Dawn Publications, Inner Traditions, Haymarket Books, David R. Godine, Publisher, and the many other hardworking and renowned publishers on our indie groundbreaking publisher lists. We look forward to seeing what they will bring to the industry in the future, and we appreciate their current contributions and accomplishments.

It has been a successful year for independent publishers on the whole, and we anticipate great successes for many in the future. Stay tuned to IP in the coming months for more indie groundbreaking publishers, books, and authors. Happy New Year!

Ariel Bronson is a senior at the University of Michigan studying as a dual concentrator in English and Communication Studies. She worked as an editorial intern at Sleeping Bear Press in 2011 and is currently an Online Content Editor at LEAD Magazine on Michigan’s campus. Please contact her with any comments, questions, or criticisms at abrons@umich.edu