Cypherpunks: Freedom and the Future of the Internet has been heralded as one of the most vital reads of 2012 and has been widely featured in the media, from CNN to The Wall Street Journal. But you won’t find it Amazon or iTunes; you won’t be able to purchase the book at your local independent bookstore, or at the Barnes & Noble down the block. No, the book, a release from the self-described “alternative publisher” that is OR Books, is currently only available from two online distributors. The first option is, naturally, to purchase the book directly from the publisher; the second is to find it on the innovative do-it-yourself marketplace reKiosk, which Independent Publisher covered in this very column a few months back.

Aziz Isham, the CEO and co-founder of reKiosk, was thrilled to capture such an interesting and high-profile title for his site, which just launched earlier this year. Isham explained that reKiosk has been growing at a steady clip since their inception a few months ago and praised OR Books, one of their earliest partners, for publishing titles with magnetic entrepreneurial spirit. In fact, Cypherpunks may be the most crucial release reKiosk has carried yet. 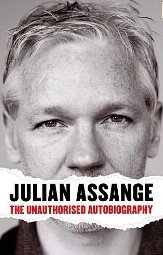 “I have read the book, and it's an important one,” Isham commented, pointing towards online corporate entities and their view of “personal information as just another asset to leverage their valuations” as an issue as dire as government surveillance. “Assange reminds us that the ability to decide who we speak to, what we say, and who else gets to listen in is not just part of what it means to be free, but the very essence of it.”

The Future of Internet Freedom

Last year, when SOPA (the Stop Online Piracy Act) was making its way through Congress, the Internet responded in force. As soon as the threat of the bill (and of the unconstitutional powers it would give the government) became clear, a battle exploded across cyberspace. Email campaigns encouraged users to write their senators or state representative to express concern, Facebook statuses spread the word, and many of the most prevalent sites on the web, from Google to Twitter to YouTube, entered the fray with their own anti-SOPA statements. Wikipedia, the net’s most popular open-source encyclopedia, even went as far to black out their servers for 24 hours on January 18.

The wave of protests and petitions worked, stalling SOPA and creating such widespread public outcry over its corrupt ideals that Congress officials would have been unwise to keep the bill alive. However, according to Julian Assange, a political activist, an international fugitive, and the editor-in-chief of the controversial site WikiLeaks, the victory was likely a case of “winning the battle and not the war.” With his new book, Cypherpunks: Freedom and the Future of the Internet, Assange muses that the struggle for the Internet is still very much at play.

On the official website for the new book, ‘cypherpunks’ are described as “activists who advocate the widespread use of strong cryptography (writing in code) as a route to progressive change.” The book brings together several such figures, presenting technical and political conversations between Assange and his three confidantes—Jacob Appelbau, Andy Müller-Maguhn, and Jérémie Zimmermann—that focus not only on the increasing governmental and corporate interest in cyber dominance, but also on the question of technological over-saturation in today’s information age. In a world where nearly every trace of human knowledge is just a Google search away, a world where our friendships play out as much on social networking sites as they do in physical environments, have we really built ourselves a limitless landscape? Is the Internet indeed the last bastion of unbridled freedom? Or is it, as the cypherpunks fear, a house of mirrors that constitutes “the greatest surveillance machine that ever existed?”

The questions Assange and his fellow conspirators pose throughout Cypherpunks are provocative ones, but ultimately, those questions are in service of a greater purpose. At its core, Cypherpunks is largely concerned with tracing the possible futures of the Internet and, by extension, the freedom that it provides. One side sees the SOPA trends continuing, with piracy, terrorism, and other “infringements” giving the government political justification, however faulty, to seize control and regulate cyberspace. The result of such an occurrence would transform today’s freewheeling Internet into an Orwellian dystopia, rife with surveillance, invasion, and fear. But every totalitarian path has its utopian equivalent, and the cypherpunks envision another Internet world where their brand of technical wizardry would be championed and where the average net user would be granted full privacy and protection.

So in which direction does our fate lie? Luckily for us, the future is still open-ended, but what Assange does offer here (and what his book has been most praised for) is a sobering warning, a “breaking of the silence” that envisions how today’s greatest technological asset could easily be used as a weapon against us tomorrow. With politicians consistently making power grabs in the name of national security and with corporations closing in, exploiting increased social and personal online presences for their own benefit, there is little doubt that one of the greatest battles of the 21st century will be fought over the Internet. Which side will you be on?

Craig Manning is currently studying English and Music at Western Michigan University. In edition to writing for Independent Publisher, he maintains a pair of entertainment blogs, interns at the Traverse City Business News, and writes for Rockfreaks.net and his college newspaper. He welcomes comments or questions concerning his articles via email, at manningcr953@gmail.com.