Penguin Classics, Then and Now

Since its inception in the 1930's, Penguin has always been involved in publishing "classic" books. They published translations of Chekhov and de Maupassant, and illustrated editions of Jane Austen's Pride and Prejudice and Jonathan Swift's Gulliver's Travels, all before World War II. According to the Penguin website:

"E.V. Rieu, a distinguished but obscure classicist and publisher, had whiled away odd idle hours of wartime service perfecting his translation of Homer's Odyssey and reading these efforts aloud to his wife Nelly, who encouraged him to complete the task and have it published."

After the war, not only did Penguin agree to publish his book, but they hired Rieu to edit a series of Penguin Classics. Odyssey went on to sell 3 million copies, and the series thrived. "As the Penguin Classics grew in number, taking in works translated from Russian, Spanish, Italian, Swedish, Norwegian, German and a growing number of Middle and Far Eastern languages." says the website. "So the authority of the series grew, and its readership subtly changed and developed."

Fast-forward to today, and this week's headline int he Books section of The New York Times: "Penguin Classics and Others Work to Diversify Offerings From the Canon." In the article, Elda Rotor, who has run the Classics imprint for 14 years, says diversification has been intentional, and in February launched the Penguin Vitae series with five lavishly produced editions. “I’m very interested in voices that have been marginalized,” Ms. Rotor said, “because there are very essential works that a wider readership should learn about. It might not be just Dickens, Brontë and Austen all the time first."

Not all such projects are successful. In February, Barnes & Noble in conjunction with Penguin Random House, had planned to re-publish classic novels like Moby Dick and The Wizard of Oz with reimagined covers featuring people of color. Called Diverse Editions, the idea was “to raise awareness and discussion during Black History Month,” and was going to be promoted at the flagship Fifth Avenue store in NYC. The project received immediate criticism and called "literary black-face" in an essay by African-American author Rod T. Faulkner. Barnes & Noble cancelled the imprint and responded with this statement: “The covers are not a substitute for black voices or writers of color, whose work and voices deserve to be heard.”

5 Victorian Novels Essential to Every Student 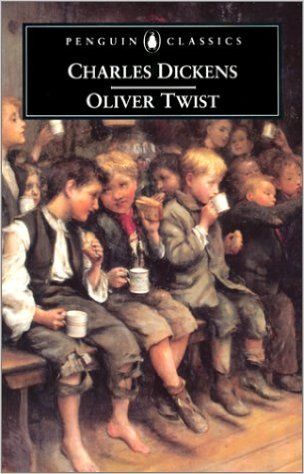 What counts as English literature spans over a thousand years, but you’ll find most of the great classics that well-educated people are often expected to have read – what’s known as the ‘canon’ – were primarily written in the 19th century or a little after. Victorian literature spans between 1837 and 1901, the reign of Queen Victoria. Victorian novels tend to be idealized portraits of difficult lives in which hard work, perseverance, love and luck win out in the end. They were usually inclined towards being of improving nature with a central moral lesson at heart. Here are five essential Victorian novels that should be part of every literature student’s repertoire.
Pride and Prejudice, by Jane Austen
Pride and Prejudice set the pattern for modern popular love stories, the stories in which an independent-minded and fascinating woman is loved by a remote, powerful man. It was published in 1813 and it falls into the category of “novel of manners,” which is a work of fiction that recreates a social world, conveying detailed observation of the customs, values, and moral of a highly developed society. The novel explores a theme recurrent in most of Austen's work: the importance of environment and upbringing in developing young people's character and morality.
Oliver Twist, by Charles Dickens
Published as a serial from 1837 to 1939, the story centers on orphan Oliver Twist, born in a workhouse and sold into apprenticeship with an undertaker. After escaping, Oliver travels to London, where he meets the "Artful Dodger", a member of a gang of juvenile pickpockets led by the elderly criminal Fagin. Oliver Twist is notable for its unromantic portrayal of criminals and their sordid lives, as well as for exposing the cruel treatment of the many orphans in London in the mid-19th century. “Dickens mixes grim realism with merciless satire to describe the effects of industrialism on 19th-century England and to criticize the harsh new Poor Laws,” says Michelle E. Choe, educator at LastMinuteWriting and Writinity.
Jane Eyre, by Charlotte Brontë
Jane Eyre completely revolutionized prose fiction upon its release in 1847, being the very first novel to focus on its protagonist's moral and spiritual development through an intimate first-person narrative, where actions and events are colored by psychological intensity. It’s one of the most famous romance novels of all time, having elements of social criticism, with a strong sense of Christian morality at its core and approaching topics of class, sexuality, religion and feminism.
Vanity Fair, by William Makepeace Thackeray
The book's title comes from John Bunyan's Pilgrim's Progress, a Dissenter allegory first published in 1678. In that work, "Vanity Fair" refers to a stop along the pilgrim's route: a never-ending fair held in a town called Vanity, which is meant to represent man's sinful attachment to worldly things. Published as a 19-volume monthly serial between 1847 and 1848, it follows the stories of Becky Sharp and Amelia Sedley amongst their friends and families during and after the Napoleonic Wars. Vanity Fair is a frame story. The frame introduces a narrator who refers to himself as the manager of a puppet show and his characters as puppets. At the end of the novel, the narrator returns to make final comments on the show. Thackeray meant the novel to be not only entertaining but also instructive.
Middlemarch, by George Eliot
Middlemarch: A Study of Provincial Life was published in eight volumes between 1871 and 1872, and acknowledges the complications of human motivation. This aspect has led authors such as Virginia Woolf to describe it as “one of the few English novels written for grown-up people.” George Eliot, perhaps more than any other English novelist, approaches her characters “as beings who already exist and watches them and listens to them, drawing the reader into her ruminations about why they behave as they do,” says Guadalupe M. Camara, book blogger at DraftBeyond and Researchpapersuk. The plot takes place four decades before the novel’s publication and includes the impact of changes that, by the time it was written, had long since been accepted: the movement to reform Britain’s corrupt electoral system, Catholic emancipation, the first coming of the railways and the application of new scientific discoveries to medical care.
The persistent popular embrace of Victorian literature has had a profound influence on modern literature and media. Writers such as Charles Dickens and the Brontës still sell on most book resellers’ lists and are frequently adapted into films and television productions. Many modern novels demonstrate that the intricate cultural values of the Victorian era find a home in the modern cultural psyche.

Catherine Meisner is an article writer at Luckyassignments and Gumessays who also takes great interest in social media marketing and English literature. She loves writing about topics related to health, food, and beauty. In her free time, she loves going to the gym, hiking and visiting new countries. She’s an avid reader and often reviews books for different websites.