ABA CEO Oren Teicher discussed the opportunities for independent publishers at the event, explaining that at the February 2014 event in Seattle there was a larger representation than at past events of small indie presses.

Teicher describes the relationship between independent booksellers and independent publishers as having “enormous sympatico” as the titles that indie presses publish are what make indie booksellers unique.

Click here to find out more about the ABA’s Winter Institute, coming to Asheville, NC in 2015!

Behind the Scenes of the Indie Bookseller Resurgence

Oren Teicher, CEO of the American Booksellers Association (ABA), made headlines in 2013 with his selection, along with the ABA Board, as Publisher’s Weekly’s Person of the Year. It wasn’t the first time he’d made recent headlines. In 2013, Teicher received attention for his open letters to both Amazon CEO Jeff Bezos and President Barack Obama that called attention to Amazon’s contradictory support of the Marketplace Fairness Act while fighting its obligation to pay sales tax on the state level.

When I asked Teicher about his decision to write the open letter to Amazon, he laughed and asked, “Which one?” As demonstrated in the past year, Teicher writes many open letters, so when I clarified that I was curious about the original letter to Amazon CEO Jeff Bezos, he told me it was prompted by Amazon “trying to have it both ways.” Teicher explained that his issue with Amazon was a matter of retailers being treated equitably when it comes to the law. “Customers will shop at our stores if we’re doing a good job. We should be competing on products and services, not by who is favored by the government,” he said.

Since he wrote the letter, Teicher told me that momentum for Congress to act on the issue has increased, and more states are collecting sales tax from remote retailers. Teicher believes the inequality will eventually go away because it’s a matter of fairness.

With his commitment to political advocacy on behalf of ABA members, it comes as no surprise that Oren Teicher had a career in politics before coming to the ABA in 1990. After graduating from George Washington University, Teicher worked on Capitol Hill, eventually becoming Chief of Staff for a U.S. Representative. 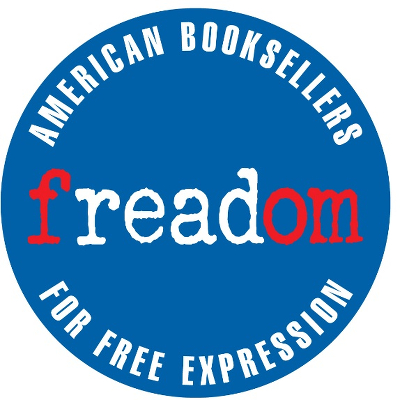 When he did join the ABA in 1990, it was as President of the ABA’s Foundation for Free Expression. It is this position, his first role at the ABA, of which Teicher is most proud. “It is now an important piece of the fight against censorship,” Teicher told me. He’s especially proud of the fact that the foundation still exists today.

Since serving as President of the Foundation for Free Expression, Teicher has held a number of different hats at the ABA including Director of Government Affairs, Deputy Executive Director, COO, and, as of 2009, the organization’s CEO.

As CEO, Teicher has not only been an outspoken political advocate; he has also led the resurgence of independent booksellers. While he is happy about the recovery of indies, Teicher is not all that surprised. “If I had one dollar for every time people wondered about our long term viability, I would be a rich man,” he told me. In the 24 years Teicher has been with the ABA he has noticed a continuous trend in which people are skeptical about the sustainability of indie bookstores. But, despite the skepticism and new competition, indie bookstores are still here.

“At every juncture there seems to have been a massive challenge,” said Teicher as he recalled every form of competition to indie booksellers since he began at the ABA. At that time, in the early 1990s, major competitors were mall stores, and after that came a succession of “big box” retailers, mass-merchandizing warehouse clubs, online sellers, and, most recently, digital reading. 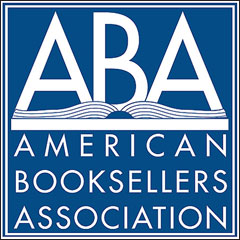 Just like the boy who cried wolf, the masses again predicted an end to physical books with the advent of digital media. Oren Teicher is certain this won’t happen. He knows that booksellers have to adapt and change with the ever-digitizing world, but is certain the tangible reading experience is not headed for extinction. “Physical books and eBooks will complement each other, not compete,” Teicher told me.

He likened this “hybrid world” in which consumers use both physical and digital books to the introduction of television in the 1950s and 1960s. At that time, Teicher explained, the movie industry worried that it would be run out of business by television. Instead, a hybrid world emerged in which people watched, and continue to watch, a mix of movies and television.

Facilitating the independent bookseller’s integral part in the hybrid world of physical and digital books is what’s on the agenda for Teicher and the ABA in 2014. Teicher said his job in the upcoming year is to keep ensuring the resurgence of indie booksellers by putting the tools to compete in their hands. Also on the agenda is finding new ways to make reading books more compelling, which, Teicher added, is a challenge for booksellers in general. The Internet, social media, and video games are all in competition with books for our leisure time.

While it may seem a daunting task to make a novel more compelling to the masses than surfing the Internet, Teicher doesn’t seem worried. He takes it as yet another challenge that the resilient independent booksellers of the nation will overcome before gearing up to face their next competitor.

Katharine Zurek graduated from the University of Michigan with a degree in English and Women's Studies.  She currently works in the social service field.  Please email krzurek@gmail.com with comments or questions.