Check out the following articles for more stories about self-published authors going big.

“Self-Publishing Success Stories: The Anatomy of a Kindle Bestseller,” by Joanna Penn, The Creative Penn.

"As self-published authors we are all inspired by the sight of other indie writers tearing up the bestseller lists, rolling in royalty checks, getting big bucks movie and book deals, and achieving all the things we fantasise about in those misty moments when we raise our heads from our keyboards and allow ourselves to dream."

“How To Become a $ Multi-Million Best Seller On Kindle (And Then Move in on Print),” by Haydn Shaughnessy, Forbes.

"Locke is a quiet disruptor. Empowered but modest. A force for change in publishing, having turned down a conventional book deal on the back of his success, but collaborative where he can be."

“How Hugh Howey Turned His Self-Published Story “Wool” Into a Success,” by Rachel Randall, Writer’s Digest.

"At first, Hugh Howey’s decision to walk away from a small press contract and self-publish didn’t seem all that remarkable. After assuming complete control of his work, he kept his day job and began writing and releasing e-books (as well as some print books) in his off hours, happy to be simply sharing his stories with whatever readers might find them. But when one of those books, Wool, unexpectedly took off, everything changed. Howey found himself at the top of e-book bestseller lists—and at the forefront of a new age  of publishing."

Dissecting the Bestsellers of Self-Publishing

What You Can Learn from Self-Published Success Stories

At this point, everyone has heard the self-publishing success story that spawned the blockbuster 50 Shades of Grey, and everyone has wondered… what was it about E L James’ erotica trilogy that resonated so strongly with readers, making it such a runaway bestseller? We know there is no one route to success, no one secret recipe of promotional work and fairy dust that will catapult your book to the top of the charts. However, the success of some self-publishers can be linked to their marketing and publishing strategies. We decided to take a look at three self-publishing success stories to determine what strategies each bestselling author used, and how you can adopt those strategies in your own book publishing and promotion efforts.

Abby McDonald started her publishing career on the traditional route, publishing nine adult and YA titles with the likes of Candlewick Press and Random House. After talking things over with her literary agent, McDonald decided to take a risk and self-publish her next title under the pen name Melody Grace, in part because of the salacious nature of the book’s romantic scenes. “It was hard to write the passionate scenes imagining that my mom, or dad, or Auntie Sue in Saskatchewan would be reading every word,” she says in an interview with Publishers Weekly.

The success of her first self-published book, titled Unbroken, could in part be due to the unique position it held between genres. It follows the relationship of 18-year-old Juliet with bad boy Emerson, the boy she left behind but reconnects with on a trip back to her vacation town. McDonald told Flavorwire that the book was somewhere in between YA and adult, with young characters but emotionally mature relationships and an intensity not normally found in YA. This new adult genre had yet to be picked up on by traditional publishers when Unbroken was publishing in March of 2013, yet was thriving among self-publishers. So, this could account for the novel’s quick ascent on the bestseller lists; today it has sold more than 250,000 copies.

However, it seems that McDonald’s marketing tactics were a large part of her success. With just a $300 initial investment, she got coverage on around 80 romance blogs where large numbers of potential readers might frequent. As she told PW, a cover reveal on her own blog resulted in more than 1,000 Goodreads adds in just one day. McDonald’s story is an excellent example of an author identifying their target audience and directing her promotional efforts accordingly. Rather than marketing her title to readers in general, McDonald focused in on popular romance blogs where communities of romance lovers would gather to discuss and share recommendations. By honing in on the demographic that would actually be interested in reading her book, McDonald got the most bang for her buck.

This is a tactic that can easily be utilized by self-publishers of any genre. Marketing to the right audience sounds simple, but many authors still waste precious time and money by essentially barking up the wrong tree. Rather than throwing your budget into promotional methods that will make you a drop in the ocean, focus instead on highly targeted methods like McDonald’s. Not only will this enable you to reach more of your actual readers, it could also help you establish a presence in your genre.

Considered the first self-published millionaire, Amanda Hocking is an oft-cited example of self-publishing gone big. As she told the New York Times in their 2011 feature on her, Hocking was tired of the string of rejection letters from major and traditional publishers. She began self-publishing her novels as ebooks through Amazon and Smashwords, and was motivated when several of her books sold in one day. The sales kept up and began increasing, and by the time of the NY Times feature, she was selling 9,000 books a day.

Hocking’s success has been frequently analyzed by the media and self-publishers hoping to replicate her methods and sales, but identifying the cause of her astounding success is difficult. Her first series is a vampire romance titled My Blood Approves that was released in four installments in 2010. The second was the Trylle Trilogy, another paranormal romance but one that featured trolls instead of vampires. Hocking eventually signed a deal with St. Martin’s Press and has since published traditionally, as well as re-releasing the Trylle Trilogy through them. The success of the books could very well be explained by Hocking’s writing style and the interest in her subject matter as paranormal romance grew in popularity.

What can we take away from Hocking’s runaway success? Her experience is a great example of the importance of ebook pricing for self-published authors. Hocking was pricing her books at $2.99 or $0.99, a vast difference from the pricing strategies of traditional publishers. While it may seem counterintuitive or essentially like giving your books away for free, pricing is an incredibly effective tool for self-publishers to utilize and, if done correctly, can increase sales and readership as well as revenue in the long run. Readers often have no way of knowing whether a new self-published author will be worth their time, and a low priced or free debut novel is sometimes the best way to draw them in and show them that your books are worth their money.

Joe Konrath is yet another traditional turned indie self-publishing success narrative; having been traditionally published until he utilized the space Amazon opened for self-publishers, Konrath firmly maintains that he can make more money self-publishing than with any of the Big 5 publishers. His success is certainly a powerful testament, as his annual income peaked at fifty thousand with traditional publishing yet reached one million dollars last year through self-publishing.

Konrath’s success is very much tied to ebooks and the rise of new platforms for selling them, such as Amazon. His mystery, thriller, horror, and sci-fi novels are frequently on the Amazon bestseller pages, and his website bio states that he has sold more than three million books. How is he doing it?

Konrath exemplifies another strategy that many self-publishers have already adopted: a high volume of published works. Without the carefully orchestrated preparation for a book release done by major publishers, followed by book tours and publicity campaigns, self-published authors are free to spend time marketing their own books or writing more. And most importantly, they are free to eliminate the long turnaround time that characterizes traditional publishing routes; a self-published author can write and schedule their editing on their own time frame and publish several books in close succession.

For many authors, this has been crucial to their success; with so many books out there to choose from, the attention span of a reader can be short, and it can be uphill work to maintain a close relationship and engagement with your fan base when the next book isn’t coming out for two years. Self-publishers like Konrath have instead put out high volumes of writing in shorter periods of time, meaning they are staying relevant and holding that engagement with their community of readers. In 2010 alone, Konrath put out four full-length novels. His Amazon page features 77 books, novellas, and short stories to choose from. You might consider yourself incapable of producing that amount of writing in a short time frame, but there are other ways to take advantage of Konrath’s strategy and tweak it to suit your writing style and genre. Authors like Hocking and McDonald publish much of their writing in a series format, lengthening the narrative or writing sequels and prequels. Or you might consider cutting that long novel into halves or even a trilogy, depending on its length. Publishing short stories and novellas is also an excellent way to bulk up your offerings and maintain that crucial reader engagement. As McDonald told Flavorwire, “…readers forget. If you go for a long time period in between books, you lose your audience.”

Check out the sidebar for more articles about bestselling self-publishers and their strategies. 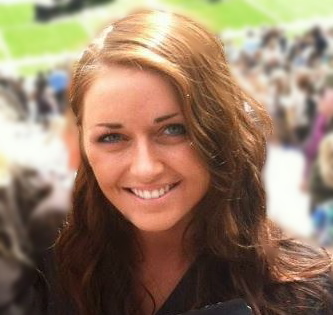 Lauren White graduated from the University of Michigan with a degree in History and English. She is serving as Assistant Editor and Awards Account Manager at Independent Publisher. Please email her at lwhite [at] bookpublishing.com with any questions and comments.