Painting By Numbers: How to Sharpen Your BS Detector and Smoke Out the Experts was a gold-medal winner in the 2017 IPPY Awards. Read on below to find out more about the IPPY award-winning book. 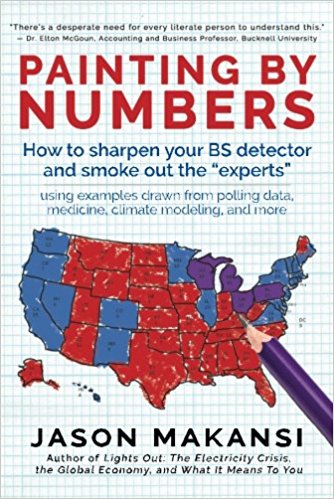 Painting By Numbers: How to Sharpen Your BS Detector and Smoke Out the “Experts”, by Jason Makansi (Blank Slate Communications)

"BETTER NUMERICAL LITERACY ISN'T JUST DESIRABLE; IT'S ESSENTIAL TO SUSTAINING A CIVIL, DEMOCRATIC, AND FREE SOCIETY In the public sphere, numbers are supposed to be more solid than words, less subjective. They are not. 'The numbers don't lie,' say experts. Yet they very often do. Numerical results are used to further the political, business, academic, and personal objectives of those who wield them.

"In Painting by Numbers, you get wisdom, humor, and twelve commandments anyone can apply to separate numerical BS from valid results. It will raise your numerical literacy, and that of your friends, family, colleagues, and students. Even PhDs have called Painting by Numbers a 'refreshing refresher,' and 'something every literate person needs to understand.' Given polling controversies in the recent election, vociferous debate over climate change, economic meltdowns caused by bogus and fraudulent financial models, medical and health trends driven by dubious results from trials, even sports now managed by 'numbers guys,' better numerical literacy isn't just desirable; it's essential to sustaining a civil, democratic, and free society."

The 6 Books That Sharpened My BS Detector

An Author Shares the Inspiration for His Award-Winning Book

I’m a born skeptic. Or maybe I ended up in a career which honed me into one.

I had a choice the day after the November presidential election. I could wallow even deeper into a cultural and political funk or make something of it and get the book I had already drafted up into final form and do my part to fight against a burgeoning post-fact world. In other words, help others become skeptics.

While the original inspiration for Painting By Numbers was a college engineering lab course (a mere four decades ago), a number of books I read in the last decade caused me to actually get off my duff and write it.

My goal with Painting By Numbers was to give every living, breathing, thinking citizen the tools to assess the numerical results bombarding us 24/7/365. I wanted Painting By Numbers to be the first book people reach for when they’ve had enough of the post-fact, marketing-driven culture we are immersed in. It had to be simple, entertaining, and, strangely for a book about numerical analysis, free of math! I also hoped that it would inspire many readers to then dig deeper and reach for the titles which inspired me. They are listed below.

How to Lie with Statistics, by Darrell Huff

This 1950s classic, revised several times, was my template; but it needed to be updated with a focus on computer models and algorithms.

The Signal and the Noise, by Nate Silver

I recommend this book to anyone who will listen; Silver comes closest to engaging a general audience, without the academic style or ax to grind.

An Engine, Not a Camera, by Donald MacKenzie

A work of academic achievement, it challenges the raison d’etre for the foundational equation/model of modern financial engineering.

Derman takes on Wall Street’s wizards and helps you understand why global economic crises like 2007-2008 occur, and will again.

The Laws of Medicine: Field Notes from an Uncertain Science, by Siddhartha Mukherjee

The Pulitzer prize winning author of The Emperor of All Maladies should get as much credit for this slim volume; no visit to a doctor’s office or hospital will ever be the same. 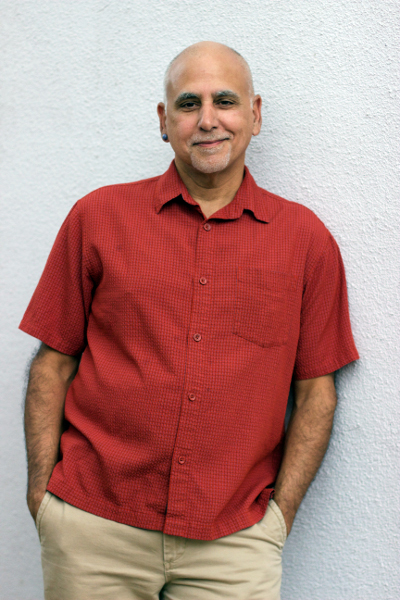 As an engineer, independent consultant, electricity industry specialist, communicator, author, entrepreneur, speaker, and educator, Jason Makansi has been converting words to numbers and numbers to words for his entire career. He is the author of four non-fiction books relating to business, energy/environmental issues and mathematical modeling; hundreds of industry articles and and academic papers; short stories in a variety of literary journals and collections; and most recently, his debut novel, The Moment Before, released March 2018. He earned his BS in Chemical Engineering from Columbia University.

He is a member of the National Numeracy Network, dedicated to quantitative literacy education, and was invited to speak at the organization’s national meeting in NYC last year. Following the publication of Painting By Numbers, Mr. Makansi has been a sought after speaker for numerous other educational and professional conferences around the country.