Eight years ago, a staff member at BookPeople approached Steve Bercu with an idea to create a literary day camp for children. During the summer of 2006, BookPeople held only one week-long day camp with a focus on Rick Riordan’s Percy Jackson and the Olympians series. “We have educational components with mythology being taught by university professors, regular camp activities like archery. In addition, we place a huge emphasis on the books themselves, the literary value and the value of reading,” Bercu discussed.

Needless to say the literary camp took off and was a huge success attracting children from all over the country and world. This past summer the store held eight weeks of camp, while this summer they are adding two additional weeks. Along with more camp sessions, John Flanagan’s Ranger’s Apprentice series camp was introduced in 2010 and a Star Wars camp in 2012. 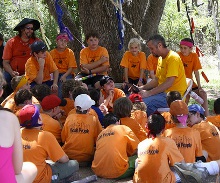 The camps allow children to feel as if they are stepping into the pages of their favorite books as they engross themselves in activities described by authors and leave with a new or deeper love for reading. BookPeople was the first and still one of the only stores to have literary camps for children making them always one step ahead as educators and leaders in the bookselling community. “We have just expanded them even more this year. We are now going into partnership with some of the schools in Austin and putting on half day versions of our camps at the schools,” Bercu said.

To read more about each camp check out the sites below:

A Lesson in How to "Keep Austin Weird"

Driving past Lamar Boulevard in Austin, Texas, passersby catch sight of the expansive brick bookstore and coffeehouse, BookPeople, that has been a staple in the community since 1970. Steve Bercu, the CEO of BookPeople, took over the bookstore in 1999. Prior to BookPeople, Bercu was a lawyer who was introduced to the book business through his role as an investor in the store.

BookPeople is one place where locals and tourists gather to see and hear about what Austin has to offer. After picking up a few books, customers can visit BookPeople’s neighbors, Waterloo Recordsa nd the Whole Foods headquarters to get an inside look at the workings of a food corporation and their books and music fix all in one short walk. “We are like a community center. We are involved with everything in the community we can think of, certainly everything that has to do with literacy, reading, schools, and their libraries,” Bercu remarked.

With three to five author signings a week, BookPeople has welcomed Bill Clinton, Hilary Clinton, Jimmy Carter, Junot Diaz and one of Texas’ own, Willie Nelson. At the end of January, John Mackey, the founder of the Whole Foods (which started in Austin in 1980), added his name to the long list of influential individuals that have come to the store.

The city of Austin continues to be fueled by the diverse titles BookPeople offers from independent and larger publishers as well as books sold on consignment from local authors. “Austin is a very literate community. It has a high education rate in general and always ranks in the top twenty cities for reading in the country. The city is extremely responsive and receptive to independent businesses,” Bercu stated.

Ever since 2002, BookPeople and Waterloo Records have been handing out bumper stickers with each of their logos and the slogan “Keep Austin Weird.” The idea for the stickers started when a Borders was under development in the community. Bercu and John Kunz, owner of Waterloo Records, didn’t expect the bumper sticker campaign to take off as quickly as it did. Initially, a few thousand stickers were handed out to customers. “They are all over the place. We have gotten pictures back from Peru, Iraq, and Cambodia,” Bercu exclaimed. Today, BookPeople and Waterloo Records have passed out 300,000 stickers. 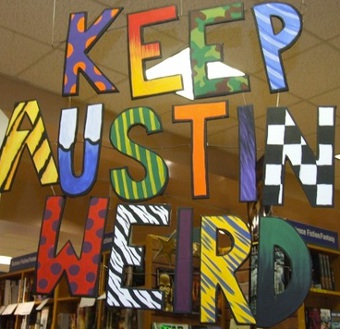 The city’s appreciation for independent businesses becomes more evident from the flourishing streets filled with successful smaller stores. Bercu urges tourists to take in all of the unique independent businesses and local flavor along South Congress and South First Street or visit Continental Club, a well-known music venue. “There are a lot of funky zones,” he said.

Though there are many interesting places that are unique to Austin, BookPeople always comes out as a favorite. Every year, readers of The Austin Chronicles have spoken up about their love for the bookstore. Dating back to 1991, BookPeople has received thirty-seven awards through The Austin Chronicle’s “Best of Austin” ranging from seven different categories such as Best Bookstore for Kids, Best Independent Bookstore, and Best Local Bookstore. To top it off, BookPeople was named Bookstore of the Year by Publisher’s Weekly in 2005.

But BookPeople wouldn’t be the same without a staff that shows off their fun and quirky personalities every day. With one look at the 2012 Catalogue, no one can deny how the staff’s fun-loving nature makes each customer’s experience at BookPeople stand out. The Catalogue features each employee’s favorite book, a quick Q and A, and pictures of each individual dressed up in costumes ranging from a tin man to an artist. “We encourage creativity here. We encourage people here to demonstrate their personality,” Bercu stated. With intriguing, fun questions in the Catalogue such as “Oz or Narnia?” and “Who would you want to write the story of your life?” customers get to know a little more about the people who are responsible for giving everything that signature BookPeople feel.

BookPeople gives their employees the opportunity to help lead the store in constant new directions. “We are looking for doing things in our own way. Our own way is everyone who works here’s way so we don’t have a corporate way to do things,” Bercu stated. In 2010, Scott Montgomery, the Crime Fiction Coordinator, opened MysteryPeople, a mystery bookstore located in BookPeople.

MysteryPeople became Austin’s largest mystery bookstore to join the ranks of the only other mystery specialty store in Texas, Houston’s Murder By The Book. “We set him up with the store and were working on letting him run with it, developing it as its own store so we now can do event tours with the people in Houston and bring more authors to Austin and Houston. It will give more opportunity for people to meet more authors and get more interested in those genres,” Bercu stated. 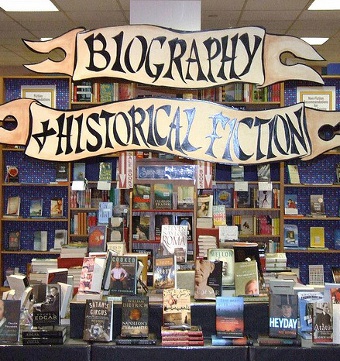 Between the numerous recognitions, the opening of MysteryPeople in 2010, the jam-packed event schedule, and the constant social media updates—with an active presence on Pinterest, Instagram, Twitter and Facebook—BookPeople isn’t going to slow down anytime soon. Bercu told me how Austin is one of the top wired cities in the country and the store does its part to make sure they are on the top of every customer’s Facebook news feed. While Bercu mentioned his appreciation for Austin’s responsiveness to independent businesses, the same could be said about BookPeople’s awareness of the needs of the Austin and literary community. “Our goal is to keep being the best in our community. To keep being able to change and make ourselves relevant today not yesterday,” Bercu concluded.

Nicolette Amstutz is a writer for Independent Publisher. She is currently studying English and Communications at the University of Michigan. Please contact her with any comments, questions, or criticisms at namstutz (at) umich.edu