However, West noted that most of the screenplays that have appeared on The Black List, titles like The Social Network, The King’s Speech, and Slumdog Millionaire (to name a few), come from writers who are already established, or at very least, from screenwriters represented by high-profile agents or managers. As a result, many of the films on The Black List end up getting made into films, while the true undiscovered and unrepresented writing talents in the industry remain in studio limbo.

West’s ambitious goal for Script Lit is for it to become part of a wider publishing imprint that actively recruits and attracts undiscovered writers, both for the screen and otherwise.

“What I see happening is launching another platform in the fall, and then having the Script Lit eBooks become an imprint of that,” West said. “We would invite the best of the best undiscovered writers, authors and screenwriters, and then compete with the blacklist and other entities.”

“I am quietly getting new writers now, and would be open to reading undiscovered authors,” West added. “I have access to studios, film producers, and folks in publishing, and I would love to introduce some of these writers and help their careers along.”

Interested in joining the Script Lit mission? Send an email to info@slebooks.com to make contact and learn more.

At the Academy Awards every year, Hollywood voters give out 24 separate trophies, two of which are designated to screenwriters. But beyond those two prizes—which go to the writers behind the favorite adapted and original screenplays of the year—and even beyond the hundreds of films that make it to your local multiplex in any given season, thousands and thousands of Hollywood scripts go unproduced and unrecognized. For every screenplay that makes its way to celluloid and becomes someone’s favorite film, uncountable others lie dormant in studio storerooms and on writers’ hard drives, just waiting to find an audience.

Enter Script Lit eBooks, a two-month old business venture built on the belief that many of these unproduced screenplays could find a new life—and reach a deserved audience—through eBooks. Founded by James West, a self-described “book producer,” Script Lit boasts a straightforward business model with immense promise. Thus far, the upstart company has only published a single title—Mom of the Year, born from the brain of scripter Denise Pischinger—but with quality titles and the proper exposure, Script Lit’s model could become a trendsetter in the independent publishing world. 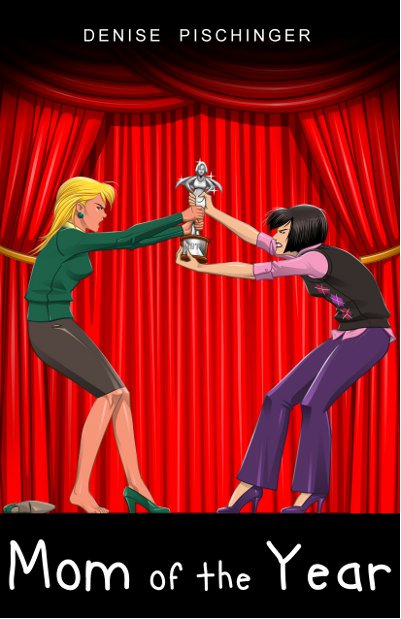 The concept is simple: West and his team sort through scripts in an effort to find something they believe would resonate well as a book. Script Lit then forges contact with the screenwriter—and if necessary, the studio that owns their script—to gauge interest. In most cases, West says, the screenwriters are thrilled at the prospect of getting their stories out there for the world to see. Once the screenwriters are on board, the search moves to ghostwriters, who work to turn the lines, directions, and scene-setting elements of a script into effective prose. Finally, after rounds of cover illustration, eBook creation, file conversion, and contact with digital bookstores—currently, Mom of the Year is available from Amazon, Barnes & Noble, and Kobo Books, with iBookstore support on the way—these once-lost Hollywood scripts reappear online as beautifully-rendered digital novellas.

For West, who has worked in both film and publishing, the model is a great way to give untapped screenwriting talent another chance.

“The [movie] studios, when they buy a script, either it goes straight into development or sits in the archives,” he explained. “Most scripts sold to the studios will never make it to the big screen, which is a huge shame, because writers work for years on these stories and deserve to see something happen with them.”

Script Lit gives screenwriters and their art a new lease on life. Where Hollywood has shied further and further away from risky storytelling in recent years—largely in favor of repetitive sequels or special-effects-laden blockbusters—West believes readers are far more willing than moviegoers to take a leap of faith on an original story. With the surge in eBook popularity, readers are also exploring material outside of their comfort zones and giving more credence to obscure titles and unknown authors. Script Lit allows screenwriters to tap into that open-minded audience and build a following from a different angle. Who knows, with the right exposure, their book might even become a bestseller and reignite Hollywood interest—not an impossible task when there is already a quality script waiting to go into production.

Of course, breaking into the book world is no easy task either, but West believes that Script Lit’s ties to Hollywood will help its titles stand apart. West is working to maintain the film industry connection, as well: in addition to transforming untold Hollywood stories into novellas for general consumption, West has approached a number of big-name Hollywood actresses to lend their talents to the upcoming Mom of the Year audiobook. The candidates—Academy Award winners like Reese Witherspoon, Renee Zellweger, Jane Fonda, Sandra Bullock, and Julia Roberts, as well as Oscar nominee and current hot commodity, Melissa McCarthy—have all been offered an hourly wage as well as 30 percent of audiobook royalties, a substantial and unconventional offer that could help turn Script Lit’s titles into high-profile headline news.

“Script Lit is unconventional because most readers follow authors and their offerings,” West said. “We will have our own brand, but we are also publishing authors that aren’t going to have other books out. So it might be best to catch some A-list actors and actresses for the audiobooks and build a following from that type of angle. We’re still including Hollywood on the parameters of our business.”

As buzz for Mom of the Year continues to heat up, Script Lit is also preparing to launch its second title, a horror-thriller called Ambrose Fountain that West compared to Stephen King’s The Shining. Script Lit’s website also features a pre-order for The Enders, a story about five strangers and their reactions to impending doom. Each title is available for $2.99 and can be purchased here.

Craig Manning is currently studying English and Music at Western Michigan University. In addition to writing for Independent Publisher, he maintains a pair of entertainment blogs, interns at the Traverse City Business News, and writes for Rockfreaks.net and his college newspaper. He welcomes comments or questions concerning his articles via email, at manningcr953@gmail.com.