Not only has Feminist Press reached renown amongst feminist publishing for their unique and poignant titles, but their active programming ensures that voices who have been silenced can be heard. Nearing fifty years of cutting-edge publishing, FP “began as a crucial publishing component of second wave feminism, reprinting feminist classics by writers such as Zora Neale Hurston and Charlotte Perkins Gilman, and providing much-needed texts for the developing field of women’s studies” before searching the world for otherwise lost stories of “diverse race and class experiences” and “contemporary feminist issues of equality and gender identity.”

“I’m lucky to be able to make my living as a feminist. I write, make documentaries, publish books, lecture, and produce projects,” explains Jennifer Baumgardner, Executive Director and Publisher at Feminist Press on her website. “One of my goals is to create language and conversation about the common, shared experiences that are sometimes terrible and often taboo to talk about, even in the most intimate settings: life experiences such as abortion, miscarriage, rape, divorce, bisexuality, and sexual scapegoating. I aim to create a culture where people can tell the truth about what happens to them, and be greeted with compassion.” IP had the opportunity to speak with Baumgardner on FP’s success and upcoming plans.

IP: I’d like to start by asking you to tell me a bit about yourself and the origin of Feminist Press. 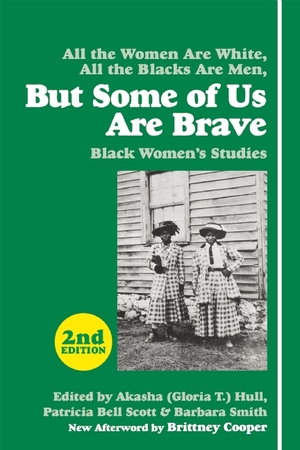 JB: We were both born the same year, in 1970. FP is forty-six-year-old institution of second wave feminism which came out of the movement for women’s liberation in the late sixties and early seventies. The founder, Florence Howe, was a professor of English literature and her students were young and radical and they wanted to be reading books by women. She taught 19th century literature and she thought I don’t know if there are any books by women from that time and that challenge made her think well, Why aren’t there any? Were there ever any? Where are they now? She uncovered a trove of women’s and feminist literature that had gone out of print not because it was not good, but because it was written by women. They were written in a time when a book by a guy stayed in print. Women’s works tended not to be archived, and they would go out of print. She recovered this lost literature and it began to snowball. Women’s studies were starting at the time, this was 1970, and she started creating the first texts for those classes and finding work from women around the world that needed to be recovered, or needed to be written. She edited and published the first anthology of Black Women’s Studies, But Some of Us Are Brave. That was the origin of Feminist Press in seventies.

IP: What is your vision for Feminist Press in five years?

JB: Feminist Press is a little bit different than independent book publishing because we’re also a nonprofit educational organization and do a lot of programming and I would love to see one of our programs scale nationally. We have STEMinism, a [conference is for NYC-area high school and college students who represent the future of STEM research and innovation], as well as a Drag Queen Story Hour, at which a drag queen reads to children in a library or bookstore setting or a school. It’s very simple and it provides the opportunity to have this complex experience of gender and femininity and performance, both for kids and parents that I think speaks to the diverse realities of today’s families where there’s much more gender fluidity and much more acknowledgement of the gender fluidity that has always existed. There’s also more of an awareness of the social rights of queer people and gender-nonconforming people and this is an age appropriate way to start to introduce some of these values.

IP: Please take a moment to brag. I know you are proud to publish every book, but what are some collections that you are particularly smitten with?

JB: There have been a few [projects] that have stood out for me in the time that I’ve been here, which is almost four years. One is a series of children’s books: Ordinary Terrible Things. I’ve known the author/illustrator for years; she had never written a book, but I always thought she should and when I got to Feminist Press, the weren’t publishing any children’s books. It is completely different to do children’s vs. adult books— different marketing and a different audience. I was a little nervous about it but I just felt so moved by her vision. She makes these scrap-paper collages and the text deals with things parents can have a lot of problems being honest about, where there’s denial or guilt or shame. The first book is called Divorce is the Worst and it’s a response to what parents often say to kids when they’re getting a divorce: “It’s for the best.” From the kid’s point of view, they’re going between two homes, they’re never going to have their family together on a holiday, it’s actually very sad; even if it ends up being fine in most ways, it’s still a big rupture. This book allows the kid to have space to express their feelings. The second book, Death is Stupid, is about how when a loved one dies it’s often blanketed over with platitudes, “They’re in a better place, they’re at peace.” But there is still this loss, this mourning that needs to happen, even for a little kid who hasn’t been on this earth that long in losing a grandma, or a pet, or a young person. The third book in the series is called Tell Me about Sex Grandma, and it’s about the dynamics of sex, what sex is interpersonally and identity-wise as opposed to the mechanics of sex. That series has been really gratifying for me and sold very well.

IP: What impacts have you seen as a result of Feminist Press publications?

JB: I have seen a lot of intense use of the Ordinary Terrible Things series by librarians, therapists, educators, and even lawyers as they try to help children process difficult things. One book that we published, SLUT  by Katie Cappiello and Meg McInerney has been used in a lot of high schools and colleges, most high schools and colleges have problems with rape, and it’s been used for awareness and healing. We held a workshop and then a performance of the play, which is part of the book, at this school in Minnesota. The next day was the prom and they were so transformed by the experience of reading this book and watching this play, that when “Blurred Lines” came on at the prom, half the kids walked off in protest. It was fantastic, because they felt like it was a song that glorifies sex without consent.We at Feminist Press believe that books are very powerful, they have the power to shift culture and that we specifically prioritize the most marginalized voices in our culture in lifting them up.

IP: What are you looking for from new authors?

JB: Our books are about feminists and we have a very broad idea of what that is, they could be written by a man, it doesn’t have to be about a classic feminist issue, oppression, etc., but we want the book to be surprising, insightful, humorous, poignant. It has to have something that made it worth taking the time and effort and resources that go into publishing it and that go into reading it.

IP: What has been the biggest challenge for your press since Feminist Press was launched?

JB: The book business is really challenging. We know that people love books and that books definitely change people’s lives. People I know who are readers, which is basically all my friends, books were their best friends when they were growing up. They loved entering those worlds that a novel opens up for you. The business itself has very low margins. You get a book, and you read it and you love it and you hand that same book over to your friends, so that same book can be used over and over as opposed to other kinds of objects in the world where they’re disposable and you don’t pass them on, so you keep buying new ones. On the level of a business, in terms of just keeping afloat given how expensive it is to create books, people don’t need to buy them in order to read them and that’s the biggest financial challenge.

IP: What do readers have to look forward to this month?

JB: We have this book coming out in January called the Crunk Feminist Collection and it’s a black feminist series with some of the most cutting edge writing on feminism that you could imagine, so I’m very excited about that.

For more information on Feminist Press or to view their titles, check out their website here.

Anais Mohr recently graduated from Central High School in Traverse City, Michigan. She is a member of Front Street Writers, a program where high school students are coached in a workshop setting by professional writers. She loves to read fractured fairytales and middle-grade fiction.