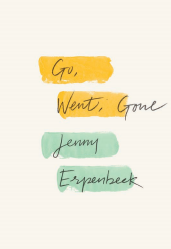 Go, Went, Gone is the masterful new novel by the acclaimed German writer Jenny Erpenbeck, “one of the most significant German-language novelists of her generation” (The Millions). The novel tells the tale of Richard, a retired classics professor who lives in Berlin. His wife has died, and he lives a routine existence until one day he spies some African refugees staging a hunger strike in Alexanderplatz. Curiosity turns into compassion and an inner transformation, as he visits their shelter, interviews them, and becomes embroiled in their harrowing fates. Go, Went, Gone is a scathing indictment of Western policy toward the European refugee crisis, but also a touching portrait of a man who finds he has more in common with the Africans than he realizes. Exquisitely translated by Susan Bernofsky, Go, Went, Gone addresses one of the most pivotal issues of our time, facing it head-on in a voice that is both nostalgic and frightening. 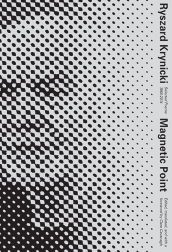 born in transit
I came upon on the place of death

So Ryszard Krynicki begins the early lyric that gave his 1969 debut volume Act of Birth its title (a poem which ends: “I live / in the place of death”). These are not simply metaphors. One of the greatest poets of postwar Poland, Krynicki was born in 1943 in a Nazi labor camp in Austria, where his parents, Polish peasants from Ukraine, served as slave laborers. Act of Birth marked the emergence of a major voice−alongside Adam Zagajewski and Stanislaw Baranczak−in Poland’s “Generation of 68” or “New Wave.”

Political and poetic rebellion converged, and the regime took notice. During the 1970s and 80s, Krynicki was arrested on trumped-up charges, dismissed from work, and forbidden from publishing.

But to read his poetry as purely political would be a mistake. The early lyric “Act of Birth” displays the acute linguistic and ethical sensitivity at work. A distinctive combination of mysticism, compression, and wit shapes Krynicki’s writing from the early dissident poems to his late haiku. Small wonder that his influences span the distance from Issa to Zbigniew Herbert, and include Nelly Sachs and Paul Celan (both of whom he has translated splendidly). Himself an editor, publisher, and acclaimed translator, Krynicki has won major prizes, from the Polish Poets’ Award to, most recently, the 2015 Zbigniew Herbert International Literature Prize.

In the biography of New Directions Publishing’s founder, James Laughlin, Literchoor Is My Beat  by Ian S. MacNiven, Laughlin is credited with being the most influential person in the twentieth century on American writing through his editorial decisions. The New Directions website recalls a 1936 exchange between Laughlin, then twenty-two-year-old Harvard sophomore, and poet Ezra Pound: "He had been seeing my poems for months and had ruled them hopeless. He urged me to finish Harvard and then do 'something' useful." His “useful” project, the first New Directions Anthology, launched the press.

New Directions grew to welcome experimenters in the craft, printing the early work of Louis Zukofsky, Kay Boyle, Lawrence Ferlinghetti, and many more. William Carlos Williams and Ezra Pound, who struggled to willing publishers, found eager support from New Directions. Their dedication to seeking out quality authors led to the translated establishment of Charles Baudelaire, Herman Hesse, and Vladimir Nabokov. Laughlin took risks to find unpolished gems and his wagers have paid off; New Directions authors have collected accolades as prestigious as the Nobel Prize, Pulitzer Prize, and MacArthur Foundation Fellowships among other awards.

New Directions is led by Editor-in-Chief Barbara Epler, Executive Vice President, Laurie Callahan, and Vice President Declan Spring. Callahan was born in Cleveland, Ohio. She went to the Western College for Women and spent two semesters abroad in Georgetown and Madrid, Spain. When she graduated, she moved to New York City.

“I answered an ad which asked for a clerk typist. A woman answered the phone and she said ‘New Directions Publishing.’

‘As a matter of fact, I am,’ I said. It turns out that they were looking for an assistant
managing editor, but they didn’t want to say that because the worst in the world for a small publisher like this is to hire someone who wants to be an editor. You need people who are really going to roll up their sleeves and work. At that point we were still typing things with multiple copies, filing and doing inventory. I was a lot more than just editorial work and if I had wanted to be an ivory-tower editor, that would not have worked.”

“[Laughlin] was involved right up until the end,” says Callahan. “He would send us little notes from his house: ‘I like this,’ ‘Don’t do this again, or ‘Good job, Laurie.’ Mostly they were very positive.” Laughlin was born into the wealth of Pittsburgh Steel, but managed his press with a tight budget. He started building vast networks of artists and spent all of his life maintaining them. “It’s hard work,” says Callahan. “Getting in touch with and following up with [people], it’s staying on top of it… We don’t have very much; we’re a small company and it’s about calling in favors and making connections.”

“César Aira has published over 80 amazingly different books and, while he was in New York, - he loves Picasso - we managed to grant him access to a private room at MoMA with a valise featuring not only Picasso, but a number of artists who were well-known at the time.” Inspired by the enthusiasm surrounding the valise, MoMA has decided to start a new one highlighting Latin American artists, including Aria. “We were only able to introduce César to the collection because of our connection to MoMA.”

New Directions values fresh, distinct voices, explains Callahan, “You want to be able to pick up a book, read a few lines, and be able to say this is clearly César Aira, it could not possibly be anyone else.”