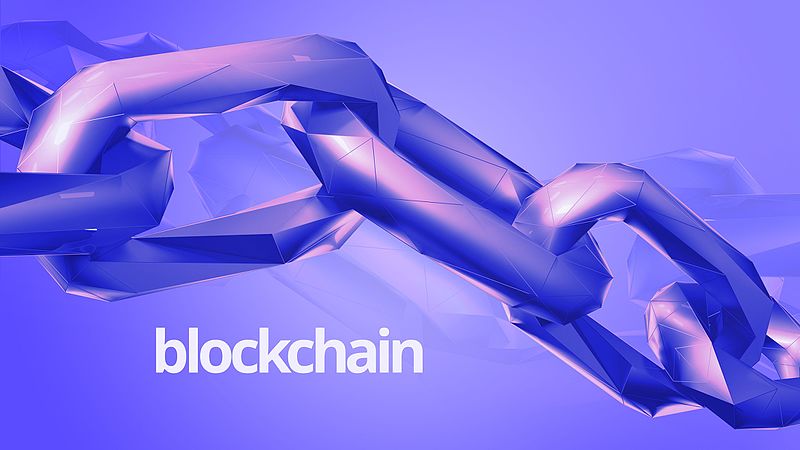 At the moment, it feels like self-publishing has gone a bit stagnant. Last year, Macmillan opted to close down Pronoun, a self-publishing platform previously known as Vook. When Macmillan acquired Pronoun in the spring of 2016, it felt like a major moment in the self-publishing landscape. It proved to be barely a murmur. At the same time, the saturated nature of the self-publishing marketplace makes it difficult for any independent author to find readers for their work. Add Amazon’s Kindle Unlimited service into the mix—a pay-per-page model that makes it virtually impossible for even popular self-published authors to make money—and the publishing industry’s long-standing “gatekeepers” structure looks as healthy as ever.

However, some experts think the next sea change might be coming. The harbinger of that shift, they say, is blockchain, a technology that has the potential to restructure publishing from the ground up—in favor of the authors.

If blockchain sounds familiar, that’s probably because it’s been in the headlines a fair amount in the past six months—albeit, not in connection with publishing. Blockchain is the technology at the root of Bitcoin, which means it was getting a lot of coverage around Christmas when Bitcoin was cresting close to $20,000. While blockchain was invented with the purpose of recording and securing Bitcoin transactions, though, it has evolved considerably since its inception in 2008.

What is blockchain, you may ask? This question has become one of the most common Google searches in the world over the past few months, and unfortunately, there is no simple answer. Blockchain is a complex technology, hence its ability to evolve beyond its initial purpose to serve other functions. The short definition is that blockchain is an open distributed ledger or database. In terms of Bitcoin, this definition means that the ledger of cryptocurrency transactions is not stored on any one machine, but is duplicated and “distributed” across a wide network of computers. This network is designed to apply regular updates to the database, which means the ledger of Bitcoin transactions is simultaneously and identically stored on millions of machines around the world.

There are a few benefits to this kind of “decentralized” system, the biggest of which is that it renders the information in question uncorruptible. No one can hack Bitcoin or manipulate the transaction log because there is no one machine to hack. Even if you could access the database on one machine to try to corrupt it, there would still be millions of other computers storing the true, uncorrupted version. Because of decentralization, the information is also 100 percent public, which means no one can keep it secret or try to manipulate or misrepresent the numbers. Blockchain renders data truly transparent—one of the big reasons that Bitcoin believers prefer cryptocurrencies to centralized banks. Also, contrary to the popular belief that Bitcoin is untraceable and therefore like catnip to internet criminals, blockchain ensures that every single transaction is recorded, made public, and rendered unchangeable.

What does any of this technical mumbo-jumbo have to do with the publishing industry? Well, nothing…yet. However, according to the international Alliance of Independent Authors (ALLi)—a global non-profit organization that supports self-published authors—it’s only a matter of time before blockchain impacts the book world. If or when it does, ALLi insists that the shift will put the power in the hands of authors and bring self-publishing back to the forefront.

Specifically, ALLi sees four main ways that blockchain might be a gamechanger. These include:

·         Copyright: The suggestion here is that copyright would actually be rendered obsolete by blockchain. Instead of relying on the United States Copyright Office—a centralized government department—intellectual property creators could lay claim to their work via blockchain. Since blockchain cannot be corrupted, the platform could feasibly make any copyright ownership claims iron clad.

·         Contracts: Similarly to copyright, blockchain could serve as a means of storing contractual agreements—whether between authors and publishers, authors and distributors, or what have you. This storage method would make those contracts public and easily accessible, thereby making any contractual terms more difficult to dispute or violate. These contracts could even take the form of “smart contracts,” which could automatically activate certain processes upon competition of required contractual terms. In publishing, for instance, this kind of system might have the potential to simplify and accelerate the payment of royalties.

·         Payment: Through blockchain, authors could receive payments directly from publishers, booksellers, wholesalers, online stores like Amazon, and even readers. These payments could take the form of either royalties (publishers) or micropayments (readers), but would effectively reduce the role of the middle man and put more dollars in authors’ pockets.

·         Distribution: Through blockchain, authors could potentially distribute their books directly and privately to whomever they wanted—either for free or for payment—without having to use the usual sales platforms. If this system could be executed in a way that made things easy for the reader, then it could be a way for authors to retain almost 100 percent of the royalties from their own book sales.

Could blockchain be the key that gives independent authors more autonomy over their work, better understanding of their rights, and greater moneymaking potential? At this point, it’s too early to pass judgment. However, with many people already proclaiming blockchain as “the next internet,” there is little doubt that this technology will have some sort of impact on most industries, publishing included. To learn more about what blockchain could mean for books, read ALLi’s white paper on the matter.