Do Something That Makes You Distinctive

The take-aways from Brian Rouff's article are "to do something that makes you distinctive from the other million or so authors." and then establishing your brand and building up your "Google resume" by contantly networking and "never saying no" to a possible book marketing opportunity, whether it's presenting to a group of 500 or having a one-on-one conversation in an elevator.

In her article for TheWorkatHomeWoman.com website, "Finding Your Niche: Write Up What Lights You Up," freelance writer and blogger Tara Bosler suggests that finding your writing niche requires asking yourself three questions:

"Your college minor in fine art may seem useless until you pair it with your passion for the local art scene and realize how much content marketing help small art studios and galleries need," writes Tara. "Boom, you found your niche!"

Book marketing is like running for office, except it never ends...

When I’m not running a communications company and/or working on Las Vegas novels, I do a little writing coaching in my “spare” time. In fact, the only thing I like better than writing is talking about writing. So it makes sense. 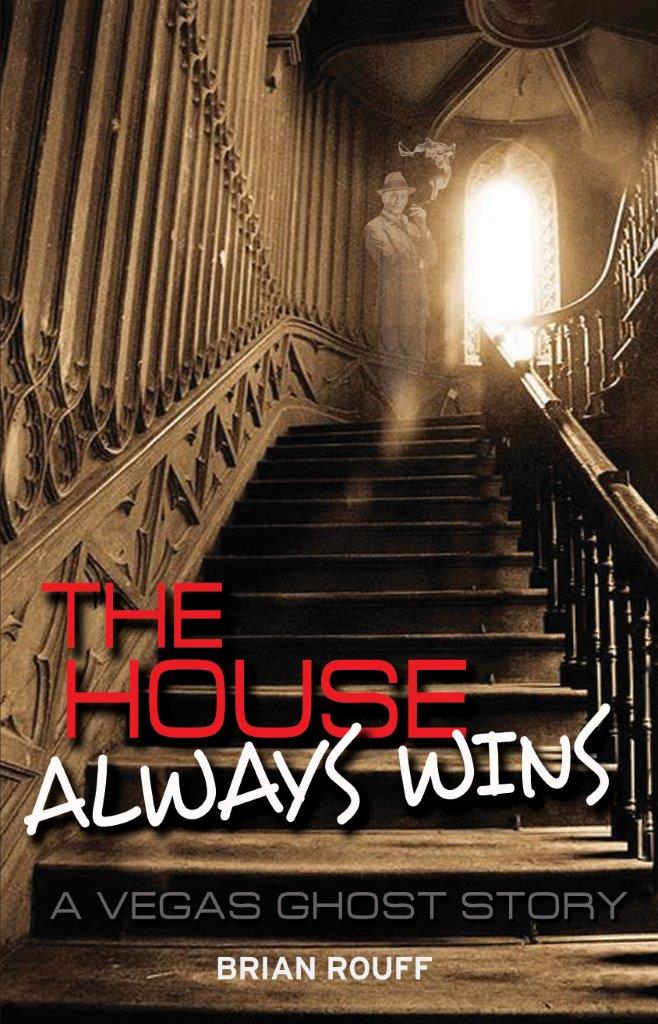 problems — dialogue, characterization, plot, subtext, voice and the like. The solution is mostly a matter of awareness, easily fixed in one or two sessions.

The other 80 percent? Emotional issues such as writer’s block, procrastination, fear, unrealistic comparisons, hitting the wall, and all the other bugaboos that never seem to completely go away. When you start peeling back the layers, you realize that most of them are rooted in the same cause: focusing on the final outcome instead of the process. Which, of course, leads us to the tired, but nonetheless true, cliché about enjoying the journey. Once again, writing as a metaphor for life.

Today, I want to concentrate on one outcome in particular, namely writing a best-seller. Usually my clients mention the “New York Times Best-Seller List” by name, although it’s strictly a stand-in for the unspoken questions, “What are my chances of selling millions of copies? Becoming the next Stephen King? (Or J.K. Rowling or E.L. James or John Grisham or whoever happens to be today’s reigning superstar in their genre.) This is especially prevalent among newbie authors, no matter their age. Older individuals broach the subject just as often as young folks with freshly minted MFA degrees. And I tell them all the same thing. “Can it happen? Sure. Will it happen? With roughly the same frequency as hitting the lotto.” Put another way, there are a thousand easier ways to make money.

Some get discouraged and decide not to write, which means they weren’t real writers in the first place. Real writers don’t want to write, they have to write. It’s a primal need that tugs at their sleeves, kicks them in the shins, and generally torments them until they give in. I have a good friend who wrote six unpublished novels over a ten year period while getting turned down (sometimes in the ugliest of ways) by publisher after publisher until finally breaking through. And now she’s a big name, with a huge loyal following that can hardly wait for the next book in her series. What kept her going? The burning need to get her stories out of her head. (Okay, and a bit of insanity that fuels us all.) I maintain she was a success long before getting discovered. She disagrees with me. Which simply means that success looks different for each of us.

For me, the goals have been incremental. First, to find out if I could actually write something longer than 5,000 words, even if it sucked. Then to try to make it good (with the help of a brilliant editor who I now count as a close friend.) Then to see if I could get it published. (I couldn’t at first, so I self-published, which later led to traditional publishing deals.) Then to sell X number of copies. And then X more. And then do the whole thing again. And again. All the while improving my craft and establishing my brand.

Speaking of “brand,” my ultimate goal is to become known as a Las Vegas author, joined at the hip with my adopted city in much the same way Elmore Leonard is associated with Detroit, Carl Hiaasen with South Florida, and Laura Lippman with Baltimore. If I can be the guy with a reputation for knowing where the bodies are buried (so to speak), and giving readers a glimpse behind the Sin City curtain, I’ve done my job. Similarly, I suggest you strive to do something that makes you distinctive from the other million or so authors who traditionally or indie publish each year, and you’ll be ahead of the game.

Tactically, a portion of what I do involves building my Google resume. If you search my name, you’ll see thousands of entries of me participating in launch parties, panels, symposiums, workshops, signings, presentations, library events, 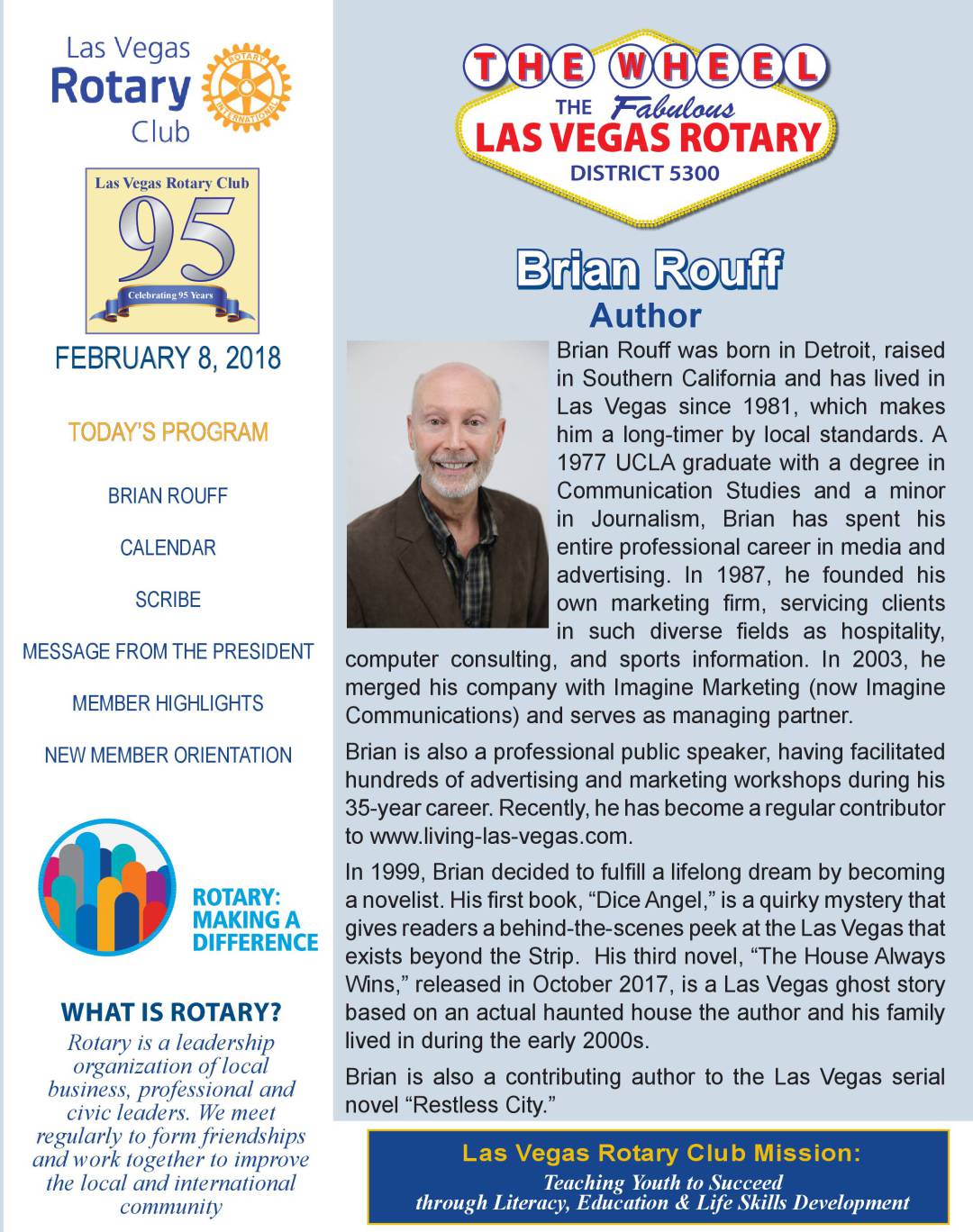 book fairs and festivals, writers’ groups, readers’ groups, rubber chicken luncheons, radio shows, TV programs, podcasts and even the Las Vegas Mob Museum (where I spent plenty of quality time researching one of my main characters). Real grass roots stuff, which not only gives me credibility but provides the necessary tools to leverage across all of my digital media platforms, from my website and Amazon to Facebook and Twitter.

I have a standard stump speech, a 20-second elevator speech, and a couple of custom speeches geared toward specific subjects and audiences. I’ve traveled one mile and 100 miles. I’ve sold one book and 50 books. And I’ve learned to never prejudge and never say “no” to any promotional opportunity, because I honestly can’t predict what’s going to be a strikeout and what’s going to be a home run.

My standard joke is that book marketing is like running for office, except it never ends.

My other ultimate goal (who says you can’t have more than one?), is to make a living as a full-time author. I’m not quite there yet, but I’m getting closer all the time.

Along the way, I’ve celebrated little victories that kept me going. Like the first time a reader sent me an email saying how my book made him laugh and cry. And a reviewer who said she missed her bus because she couldn’t stop reading my story. And a famous author who mailed me a hand-written note of encouragement. Not to mention the “writer’s high” I’ve experienced countless times after a good day at the keyboard. And all the really nice people I’ve met. All told, these small moments add up to one big life-changing triumph, even though I haven’t hit that best-seller list, either. Even if I never do, I’m much better off having given in to my muse and embarking on this remarkable journey. I urge you to do the same. 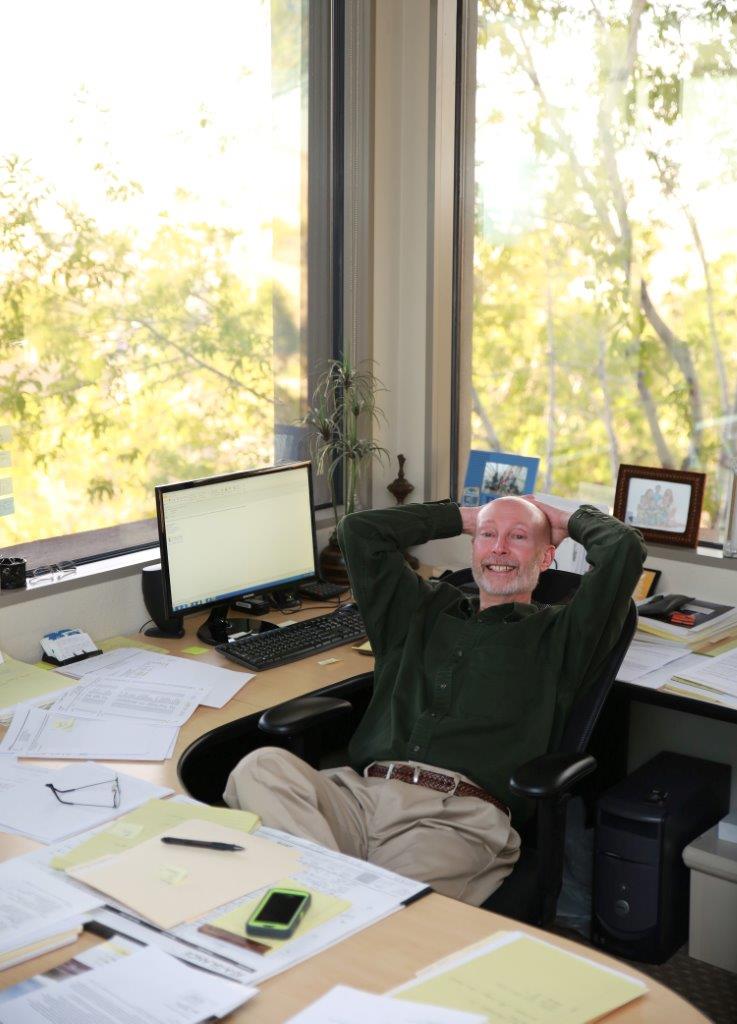 Brian Rouff was born in Detroit, raised in Southern California and has lived in Las Vegas since 1981, which makes him a long-timer by local standards. When he’s not writing articles, screenplays and Las Vegas-based novels such as Dice Angel, Money Shot, and The House Always Wins, he runs Imagine Communications, a marketing and public relations firm. On a personal note, Brian is married with two grown daughters and five grandchildren. In his spare time he enjoys movies, playing guitar and the occasional trip to the casino buffet line.