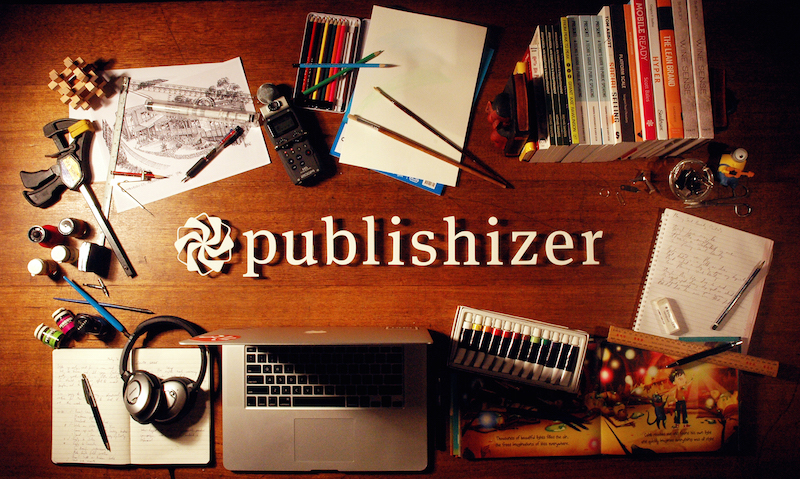 Undoubtedly, self-publishing has made it possible for more authors to get their books out into the world. Still, though, for exposure, reach, recognition, and the possibility of having “author” be a full-time, paying job, shooting for a traditional publishing deal remains the best option. The problem with this model is how it forces authors to face a panel of gatekeepers—agents and their agencies—whose whims largely decide which books make it to the desks or email accounts of acquisitions editors. While many agents have strong eyes for talent and good instincts about what books might be marketable, they are ultimately playing a game of guesswork. No one can truly know if they have the next Harry Potter or Game of Thrones until readers get their hands on it and word-of-mouth starts to grow.

The question, then, is how you incorporate the voice of readers into the agenting process without losing the quality control function that these gatekeepers are meant to serve. A buzzy, rapidly-growing Dutch startup might have the answer.

Publishizer is an innovative new business that essentially exists as a hybrid between a crowdfunding website and a literary agency. Similar to a crowdfunding hub like Kickstarter, anyone can launch a campaign on Publishizer, completely free of charge. The difference is that all the campaigns are actually book proposals and are designed to bring in preorders for the books in question. An author interested in trying the Publishizer model would write a book proposal and submit it to the platform. An agent would then review the proposal and offer feedback to help make it stand out. Once the campaign went live, the author would have 30 days to drum up interest for his or her book. Publishizer also promotes each campaign, on a weekly basis, to its “audience of readers.”

At the end of the campaign, Publishizer’s status as a literary agency kicks in. For campaigns that net 500 or more preorders, Publishizer’s agents go out and start pitching the book to traditional publishers and (ideally) negotiating publishing deals. The 500-copy minimum is a sort of proof of concept. Publishizer holds that, if an author can sell this many preorders without name recognition or any of the muscle of a publishing brand, the book is likely viable in the marketplace. “It is the author’s responsibility to prove there is demand for their book,” Publishisizer states on its website. Since its launch in 2015, Publishizer has secured hundreds of book deals for its authors, including with big-name brands and imprints like HarperCollins Leadership and BenBella Books.

The crowdfunding format of Publishizer gives readers more of a voice than they’ve ever really had in determining what actually gets published. Once titles reach the marketplace, readers effectively vote with their dollars to support the authors and titles they find worthwhile. These “votes” certainly have an impact, as they decide which authors get a second book deal, or which genres are considered “hot.” But the idea of preorders affecting which books get agented and taken before publishers is revolutionary and intriguing in a lot of ways. Plus, those preorders can come from anywhere—whether within the Publishizer reader network or from friends, family, and acquaintances of that author. The people in your Facebook friends list or email address book could directly help you land a publishing deal.

There are other facets to Publishizer as well. The company offers resources and guides to help authors get started in building their book proposals and marketing their campaigns. The platform not only negotiates deals for book publishing rights, but also sells subsidiary rights for audiobooks, film, TV, and more. And since Publishizer is a Dutch startup that now has an office in New York, the business has a grand goal to get “great books everywhere.” “We are revolutionizing the rights and licensing side of publishing, to help books get sold, translated, and published in many languages around the world,” reads a snippet on the website.

Currently, there is some sizable venture capital and angel investing muscle behind Publishizer, which means it’s definitely more than just a pipe dream. So far, the platform has been backed by venture funds like 500 Startups (based in Mountain View, California) and Rockstart (based in Amsterdam). Most recently, Publishizer scored a €376,000 investment (about $421,000 in American dollars) from the Amsterdam-based Arches Capital. With the support of these investors, the hope is that Publishizer will be able to grow its influence—both among authors and among publishing companies worldwide.

What do you think? Is Publishizer a gamechanger for authors? Check out the platform for yourself at https://publishizer.com.