A Poem from POST-MODERN BLUES

Down
by David M. Perkins

Snow sifts down with each succeeding

blow of the wind, down colder from the

drifting, an ongoing adagio in this last

season of the year, a certain slant of a

dissolving light in a shadow afternoon.

The steam from the teacup streams up

along the sides of the teaspoon sighing

into the still air and love comes to mind

as I watch it evanesce into its nowhere.

Book trailer that goes with this poem:

30 Years of Big Ideas, Hard Work, and Learning to Adapt and Change 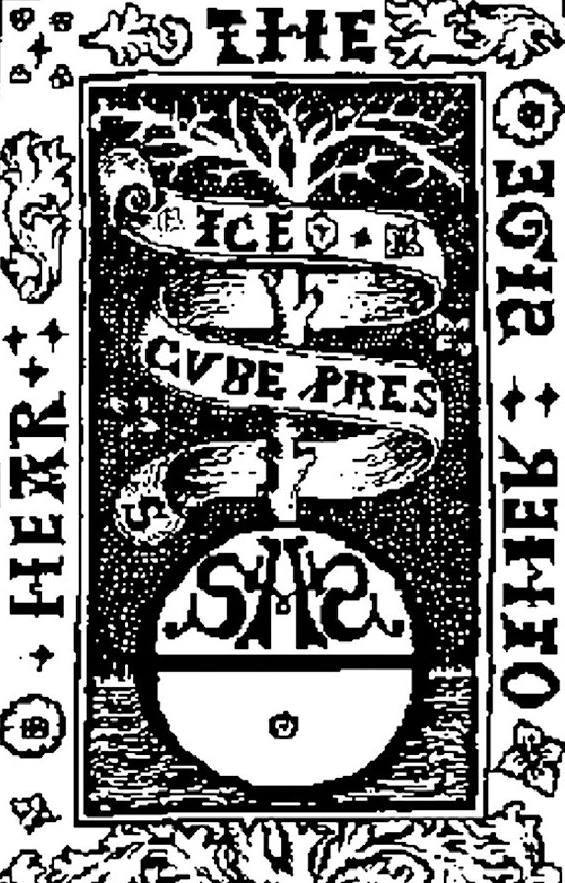 Steve Semken takes a brief moment to reflect. Although he may be celebrating thirty years of publishing, as anyone in the entrepreneur world knows, there’s no time to stop and rest on what was. A business of any size needs to push forward and keep reinventing themselves. So what does this mean for a small independent publisher in a small town in eastern Iowa?
As he enters his thirty-first year of publishing, Semken is excited about two new ideas. One is something an Ice Cube Press author, Zachary Jack, suggested during a breakfast they had together a few years ago: a "CSL." A what? A plan to start a Community Supported Literature program similar to a CSA in farming. As luck would have it, this idea seems a natural pairing with the now popular Patreon system. Semken is always busy, but said, “I see a need to add this to the press in the next year. It would be a really cool way to offer some unique benefits to members of the press community—one-of-a-kind essays, poems, alternative covers, early release of books, author talks, YouTube videos, Zoom consultations, and more.
When pressed for other big ideas, Semken didn’t balk at a GoFundMe, perhaps to fund a part-time employee, allow some funds for more advanced design ideas, and hey, a little updated equipment. “I love all parts of publishing, but what I didn’t take in to consideration was that the longer and more successful you become, the more work there is. It’s a compliment or course, the better you get at something the more people want to be part of what you do.”

It’s been quite a journey since 1991, when young entrepreneur, Steve Semken, then in his twenties, began the Ice Cube Press while living along the banks of the Kaw River in Lawrence, Kansas. He decided, why not? “In many ways it was a silly enterprise, I’d tried being an organic gardener, a timber frame carpenter, a VW Bug mechanic, an old home restorer, a free-lance writer, even a fly tier, but nothing stuck. When I’d come home from my many day jobs over the years—Customer Service Rep at a cable company, telemarketer, sales trainer, fish packer, ad sales rep, office manager—I kept falling back to the idea of being involved in writing.”
One chilly autumn day, pen and paper in hand, figuring out half tones and page layout, he copy and pasted (literally) together a small chapbook entitled Fillmore Grin, and soon after began a tiny magazine entitled Sycamore Roots, which eventually had a circulation of five hundred customers, and which was really the impetus to push him on. “I actually consider Sycamore Roots to have been the MFA I never had. It was my networking ticket to authors, stores, and sharing my own writing.” A couple of years later the first glossy, trade paperback was created, River Tips and Tree Trunks. Semken’s press is still going, now located in North Liberty, Iowa. “In some ways I’m finally figuring it out. The press is stronger than ever. Never underestimate the power of just getting things done, of showing up.”
Without a degree in writing, business, marketing, design, or any certifications with computer programs he has made everything work. In the beginning the press was going to simply examine the environment and nature. For a while he teamed up with other organizations to host an annual Harvest Lecture series which included a companion book. It has been a full-time career for at least eighteen years now, with a focus on the Midwest. The mission he says, “’Using the literary arts to better understand how we can best live in the Midwest.’ It’s not just about Iowa, although lots of people think that.” He is closing in on having published nearly two hundred books. “It’s crazy to think I started without the Internet, without email, Facebook, or a webpage. I would go to the local library and take notes about bookstores from a hardback copy of Literary Market Place,” he laughs.
Over the years the honors have come: book awards, grants, media coverage, community prizes, but nothing is quite as exciting as running across a new topic, or inspiring idea that really interests him and then working with the author to figure out how their book can thrive. “I want the author to be proud of the book I publish -- after all, their name is on the cover.”
“I’ve watched publishers, bookstores, distributors, and media members come and go. I remember using the Bookman out of the Twin Cities, and listing a book for sale on this odd website I discovered in 1995 called Amazon. There have been so many book fairs, readings, and authors I’ve admired and cherish. I’ve been both lucky and hard at work.” 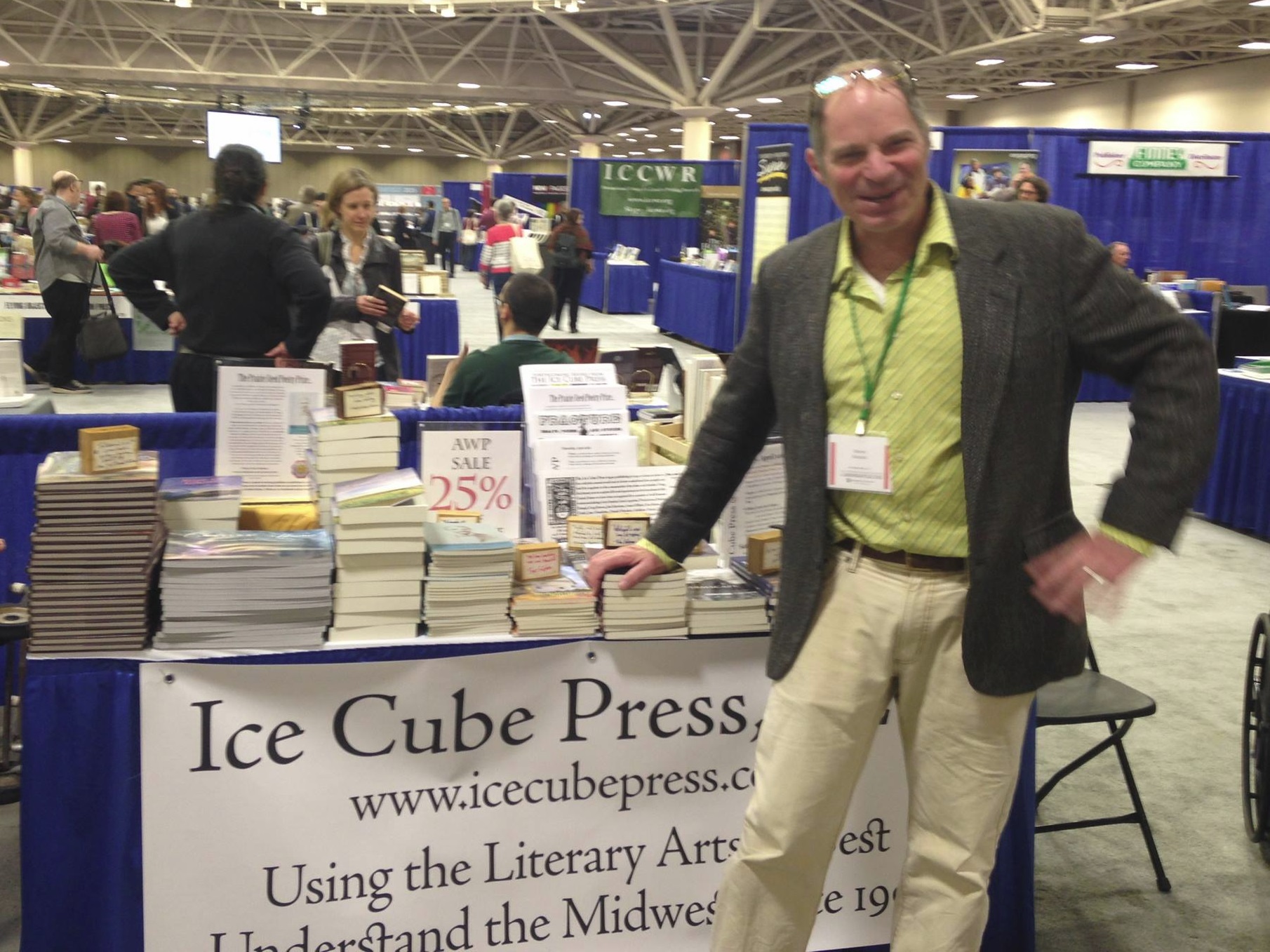 “When I compare 1991 with 2021, honestly, there are now so many submissions, so many good authors and ideas and not enough time. But I know books will survive—people love stories and stories aren’t going anywhere. I’ve learned that besides family, work, and health, what authors trust me with are their sincerest hopes and dreams. It’s an honor. I still feel young, but I guess I’ve become one of the old-timers I used to look at admiringly so many years ago. Which is weird because although new is flashy, it’s harder to achieve longevity. Many people consider the ‘arts’ an alternative field. Well, I can think of nothing more alternative than still going after thirty years, that’s unique and rare.”
Having to learn how to adapt and change has been commonplace. The COVID pandemic has challenged him for sure. He’s been learning all the time, but, he is quick to add, laughing “Hey, I’ve come a long way, I have an email and website now. I’m an example of what passion and hard work can achieve. I’m so excited to see what the next years bring. I’m looking forward to trying out my CSL-Patreon idea, finding new authors, and continuing to improve our book designs! And, it almost goes without saying, I’m incredibly grateful for the support the literary community has shown me all these years. No one does this alone.”
Here are four exciting new Ice Cube Press releases: 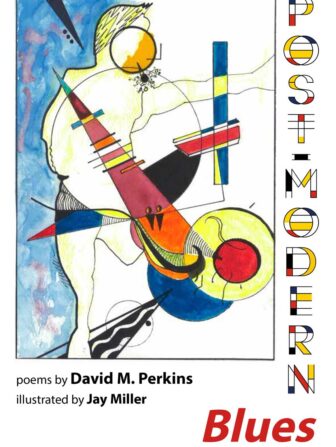 Post-Modern Blues
by David Perkins; illustrated by Jay Miller
116 page paperback - 9781948509305
Perkins’ debut collection, I May or May Not Love You, arrived alongside the maelstrom of the 2020 pandemic, and with most interviews and readings cancelled, he retreated to his study, surrounded by the hundreds of books of, on, and about poetry he had collected over his years of bookselling and decades of working in book publishing, and began work on creating a new (and perhaps provocative) poetics for himself—pondering over what contemporary poetry ought to do and how it should mean, what it ought to be and say—even how it might appear on a page to best convey what Madame LeMuse was gracious enough to throw his way.
* * * * * 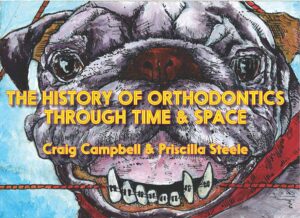 The History of Orthodontics Through Time & Space
by Craig Campbell & Priscilla Steele
64 page paperback - 9781948509329
Long time Midwest artists Craig Campbell and Priscilla Steele give us a unique, entertaining, colorful, and fascinating take on a seemingly everyday topic—devising a fully transformed adventure full of magic and charm. There are stories all around us and this one moves from the heart of creativity, travels in and out of history, finally reaching the depths of outer space. A surreal way to look at the world—a joyful mixture of fact and fiction. This twist on the world of orthodontics orbits history and humor.
* * * * * 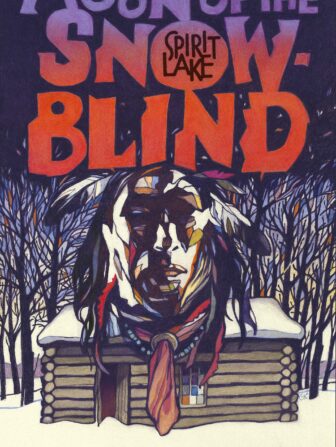 Moon of the Snow Blind: Spirit Lake
184 page graphic novel -- 9781948509213
The Spirit Lake massacre in March of 1857 was a dark moment in Midwestern history–incited by indigenous resistance to their loss of homeland, culture, and people. A number of white settlers in northwest Iowa’s lakes region were killed. Four female survivors were taken by lnkpaduta and his band of Dakota Sioux. Tracked by militias and military, they took their captives north into Minnesota, then west into what is now South Dakota. Come May 1857, two of the captives had lost their lives. And two survived, including young Abigail Gardner, who went on to write an autobiography of her grim experience. Eventually the two survivors were rescued by friendly Dakotas thanks to Minnesota Indian agent Charles Flandrau. lnkpaduta and his struggling people also survived, escaping westward onto the Great Plains and its more resistant indigenous culture.
* * * * * 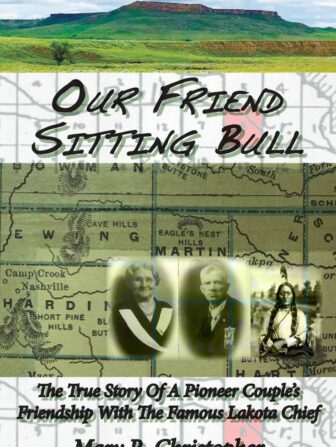 Our Friend Sitting Bull
by Mary Christopher
9781948509275
Guess who’s coming to dinner? It was a steamy, late-summer day when newlyweds Lizzie and George Dell pulled up their two covered wagons at the site where they would live as cattle ranchers for the next twelve years.
It would not be long before Lizzie discovered that there were no neighbors for miles in this beautiful but remote part of the Dakota Territory. She wondered if the years ahead would bring a lonely, isolated existence. They might have—but here comes the BIG REVEAL! One summer day Chief Sitting Bull rode up on his horse. He must have liked the dinner and company that day because he came back often and he brought a lot of family and friends with him.
* * * * *
More about Steve Semken 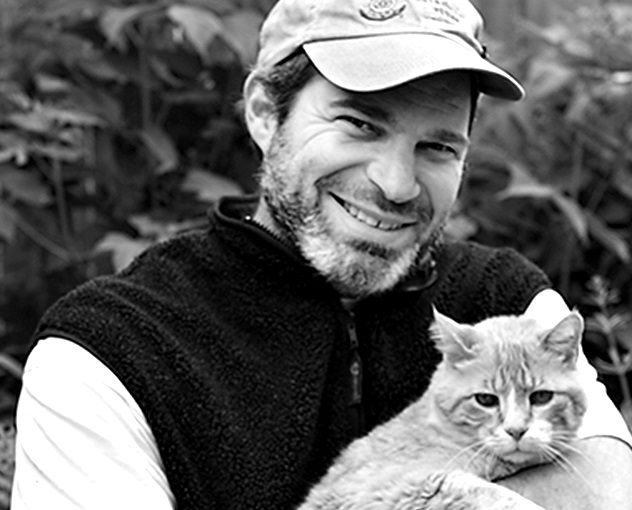 The primary and driving force behind the Ice Cube Press and the Tall Corn Books imprint, Steve Semken has authored six books, edited three others, and has been included in four anthologies. He was the Writer in Residence at the Island Institute in Sitka, Alaska, has served on the faculty at the Midwest Writing Center’s David Collins Writing Conference in the Quad Cities, and he sponsored and organized the annual Harvest Lecture/Voices From The Prairie – first with Lutheran Campus Ministry, then the Standing By Words Center, and finally with Humanities Iowa.
His debut novel Pick Up Stick City: Restoration Fiction was published by Rivers Bend Press in Minnesota and reviewed by Publishers Weekly. A second book, The Great Blues, was awarded with the Kansas Book Award. Soul External: Rediscovering the Great Blues was published in 2014.
Check out Ice Cube Press online: www.icecubepress.com