Have a Holly Jolly Editing Season

An Author's Guide to Surviving the Holidays 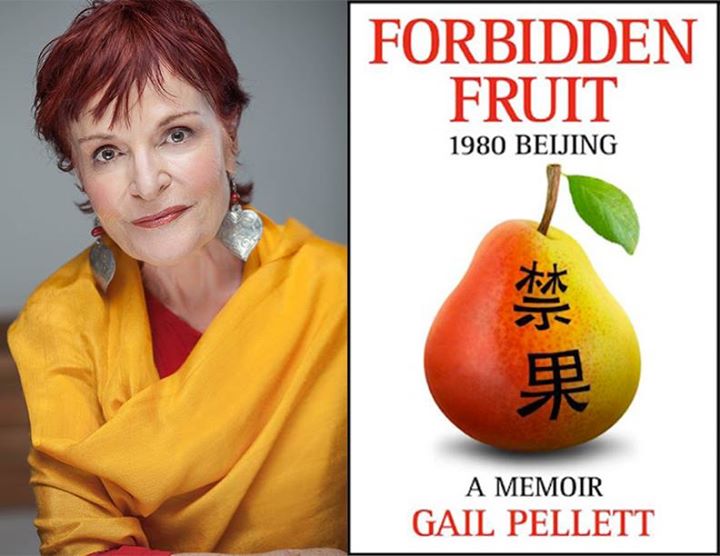 “Life only gains complete meaning by being engaged with the world beyond oneself.”

For Gail Pellet, that meant leaving her thriving career as writer, director and producer of TV and radio documentaries in New York, to seek out the forbidden fruit of China. She arrived swollen with her 60’s leftist fantasies and the mission to search for the new Socialist man or woman.

But her usual passionate attempts to dig beneath the surface, get at the truth, and excavate meaning from dialogue with every Chinese man or women she came in contact with proved to be a fruitless and frustrating experience. Constant surveillance created extreme paranoia that painted all of life in Beijing a dark greenish grey, like the coal dust-filled air that blanketed the city and suffocated its life pulses with spiritual pollution.

She hungered for, and pressed for soulful dialogues, even using her love of jazz and the Blues to break the ice.  “I’m determined to understand the Chinese.  How they ‘eat bitterness,’ control feelings, avoid conflict …then explode and persecute each other.”

Forbidden Fruit is a ballsy, informative memoir of her time in the early 80’s while working at Radio Beijing, the part of the Central broadcast system that dances to the tune of the Propaganda Committee of the People’s Republic of China.  It was an institution where the time clock ruled everything, even if the clocks were broken.

Her Maoist mission: “Whomever wants to know a thing has no way of doing so except by coming into contact with it, that is by living in its environment.  All genuine knowledge originates in direct experience.”

This is a rare, clear window into the sooty Dickens-esque world of the lives of the Chinese people in Beijing and beyond. That is, as much of it as she could observe through the paranoia filter that strained every relationship with people whose self-image was controlled by the Communist Party’s hand. For Pellet, a vibrant, passionate woman whose mission has always been to give voice to those mouths forbidden to speak, it felt like a passage into gloom.

She was desperate to get at her co-workers and any Chinese person who would abide her in getting to the inner heart of their life experience. “I could never seem to move beyond a surface veneer to something more authentic, reflections or revealing private doubts or fear, fantasies or phobias or jokes.” A forbidden “something” was having relations with a foreigner, especially a vibrant red-headed free spirit cultivated in the leftist activist era of the US.

Now Pellet was coming face to face with the actual paralysis that occurs in a socialist/communist system, not the utopian idealism she was immersed in at Berkley years earlier.

A poignant dream describes it best:

“I am trying to work on a jigsaw puzzle. It turns out to be about China. I am working on it for a year only to discover that half the pieces are missing.”

She packs a lot of Chinese political and cultural history into the pages of her memoir (I echo her feelings, “so much history my brain hurt and my soul felt tortured”), along with a Freudian questioning analysis of the humanness of these foreign beings, not excluding herself from that couch analysis and the effect such a stifled existence had on her own actions.

Her constant companion, frustration, could be escaped only through the cadre of Jazz and Blues tapes she wallowed in, as potent for her as any drink or drug, or the rare affairs she risked with Chinese men.

She also found her own unique “oriental” escape, bicycling about to discover the forbidden while her eye-catching red hair and spirit were tucked under the padded drab standard issued clothes of the Chinese masses. That’s where the thrills were. “My bike would become the conduit to discovery and enlightenment.”

Her biggest barrier to getting at the heart of the Chinese people, the experience she craved most, was the “Great Wall” of the language barrier -- learning Mandarin, a wall it seemingly more formidable than the real stone one.

Even her job proved vexing, once she quickly realized she was working for a propagandist institution rather than a journalistic one. It insulted and stifled every raw journalistic instinct she had cultivated throughout her earlier years chasing stories, editing tape and producing powerful documentaries in the United States. She wanted to dig into the facts, go at it with the reporter's quest for answers -- but in China those facts seemed to be fungible or so narrow they were reduced to two simplistic lines of description: “Beautiful “ and one end road to it all, “Friendship.”

“Fear of prosecution makes one dull and flat.”

“I felt as if I was in a funhouse of confusing mirrors.”

“I tried not to be sucked down into the quicksand of my ignorance and frustrations as well as the melancholia for orange juice, cheese, cold wine and rum raisin ice cream.”

Forbidden Fruit also offers a unique glimpse inside the hallowed walls of privileged foreign journalists sequestered from the real hardships of the sea of average Chinese men and women.

In the end, through the memoir of Gail Pellett’s year in Beijing, a raw diary of her experiences mouthed with her plucky, expressive style, punctuated with shards of Jazz and Blues commentary, we too can taste the sometimes bitter, sometimes sour, and occasionally sweet taste of Mao’s Forbidden Fruit- the Chinese citizens, long before the current economic wave washed over China.